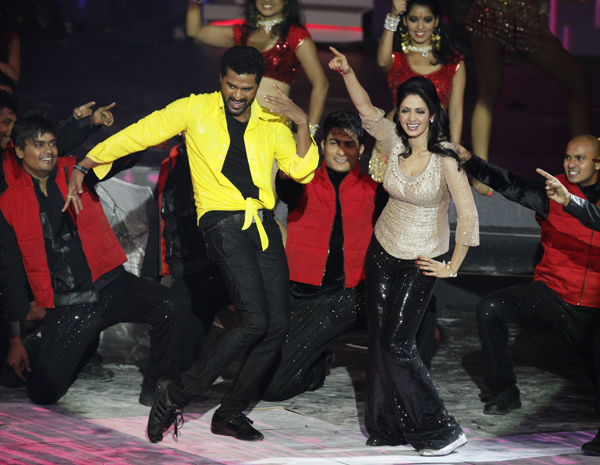 TAMPA, Florida - The so-called Bollywood Oscars have been held in Macau, Singapore, London and now .?.?. Tampa?

Starting Wednesday, hundreds of Indian film stars and thousands of Bollywood fans are expected to flood this city for the International Indian Film Academy’s awards extravaganza, four days of song-and-dance performances and movie screenings. The event caps off with the awards ceremony Saturday.

Even though Tampa has hosted four Super Bowls and the 2012 Republican National Convention, its small Indian population makes it an unusual choice for the awards. The event has been held in big cities across the globe as the success of Bollywood has grown, but it’s the first time in its 15-year history that the group has gathered in the United States.

About 800 million people will watch the ceremony on television or the Internet, according to organizers.

Shades of Bollywood are everywhere in the area. The top floor of the Tampa International Airport parking garage was transformed into a reception area for Bollywood bigwigs and autograph-seeking fans. Shahid Kapoor, an actor with 4 million followers on Twitter, arrived to a small crowd at the VIP area Monday. He is scheduled to co-host the awards ceremony.

Elsewhere, security was trained on how best to handle enthusiastic fans and service workers were taught how to accommodate Indian visitors (tip: “Just because you don’t recognize them, doesn’t mean they aren’t famous”).

Tampa was chosen because city and tourism leaders were aggressive. Sabbas Joseph, the director of the academy and entertainment company Wizcraft International, said Tampa officials even took a few jabs at the competition, telling him: “Orlando mice, Miami Vice and Tampa nice.”

Tourism leaders are thrilled and hope to draw more wealthy Indian tourists to the area. Some 30,000 people are expected. Hollywood superstar Kevin Spacey will teach a master acting class and John Travolta will be honored at the awards show as the “Most Popular All Time International Star In India.”

Santiago Corrada, the president and CEO of Visit Tampa Bay, the area’s tourism arm, said a private donor gave about $9 million to attract the awards. The county and state provided about $1.1 million to promote the event and market Florida.

The city has shown there’s an appetite for Indian glitter and glam, despite having a small Indian-American population. Cheap seats at Raymond James Stadium, usually where the Tampa Bay Buccaneers play, start at $93. Pricier options run all the way up to $3,295. Nearly all of the 25,000 available tickets have been sold.

The average U.S. moviegoer might not be able to name a Bollywood flick that isn’t called “Slumdog Millionaire,” which won the 2008 Academy Award for Best Picture. But that could change, with movies such as “The Lunchbox,” a quiet romance from 2013 set in Mumbai. It won the Critics Week Viewers Choice Award at Cannes.

“We want to make people aware of Indian cinema,” said Deepika Padukone, an actor who has more than 5 million followers on Twitter and was named the “world’s sexiest Indian” by the Indian edition of FHM magazine.

That’s not to say Bollywood is struggling. With a population of 1.2 billion people, Bollywood films can quickly become a box office smash based on sheer volume. Plus, labor and marketing costs are cheap compared to U.S. films. The average U.S. flick costs $47.7 million, while the average Indian one costs about $1.5 million, said Uday Singh, the chairman of the Los Angeles India Film Council.

“Bollywood” is the term for the film industry based in Mumbai [Bombay]. Although it is used mostly to refer to the lengthy song-and-dance movies in the Hindi language, it’s become somewhat of a catchall term for Indian films. India is a large country with many different languages, religions and customs, and its films reflect those cultures - not every movie from India is a Hindi musical.

The Indian industry makes more than four times as many films as Hollywood, Joseph said, and sells 3.6 billion tickets a year. That’s enough movie tickets to get more than half the world’s population inside a theater, and about a quarter of those were sold in North America.

“That was a factor in choosing America for IIFA,” said Joseph. “It’s extremely important to us. It’s where we believe the future lies.”