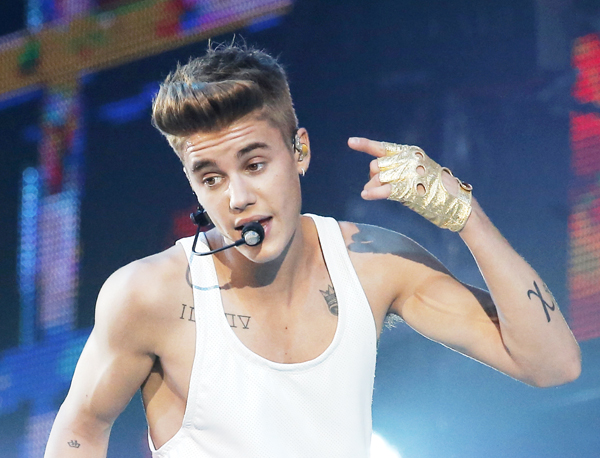 TOKYO - Justin Bieber apologized Wednesday to those he offended by visiting a Japanese war shrine, saying he thought it was a beautiful site and only a place of prayer.

The Yasukuni Shrine in central Tokyo enshrines 2.5 million war dead, including Japan’s 14 convicted war criminals, and operates a war museum that defends Japan’s wartime aggression. It is a flashpoint between Japan and its neighbors that see the shrine as distinct from other Shinto-style establishments mainly honoring gods of nature. China and South Korea in particular see Yasukuni as a symbol of Japan’s past militarism and consider Japanese officials’ visits there as a lack of understanding or remorse over wartime history.

“I hope this Canadian singer, after his visit, can have some knowledge of the Japanese militaristic history of external aggression and their militaristic thinking,” he said.

Yasukuni confirmed Bieber visited earlier this week in what appeared to be a personal trip to Japan.

The two photos, which were subsequently removed, showed Bieber praying outdoors at the shrine and standing beside a Shinto priest. The Yasukuni official said Bieber did not pray in the shrine’s main prayer hall.

“I was mislead [sic] to think the Shrines were only a place of prayer. To anyone I have offended I am extremely sorry,” the post said.

Bieber, 20, gained stardom with his debut album at age 15 but has had a string of recent legal troubles and criticism for perceived cultural insensitivity.

Last year he wrote in the guest book at the Anne Frank House museum that he hoped the Jewish teenager who died in a Nazi concentration camp “would have been a Belieber” - or a fan of his - if history were different.