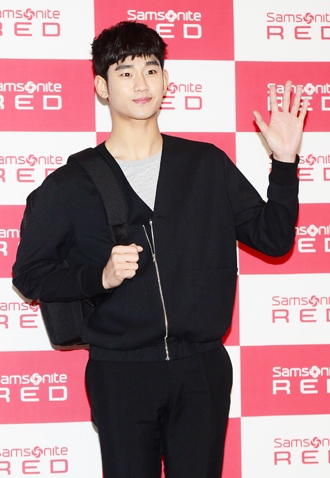 Hallyu star Kim Soo-hyun has donated 300 million won, or about $288,000, to Danwon High School in Ansan, Gyeonggi, where most of the teenage victims of the Sewol ferry tragedy were from.

“Kim wanted to be of help to the relatives of the victims, as well as the students who survived, all of whom are going through tough times now,” said an official from the actor’s agency, Keyeast Entertainment.

“Kim hoped that the students that survived will be able to recover soon and carry on with their lives. He wished the donation would be used to treat the students and the teachers’ mental and physical wounds.”

Many celebrities have given to relief efforts for the disaster, including Song Seung-heon, Jung Il-woo, Ha Ji-won and Kim Yu-na.