Land of no opportunity

Land of no opportunity 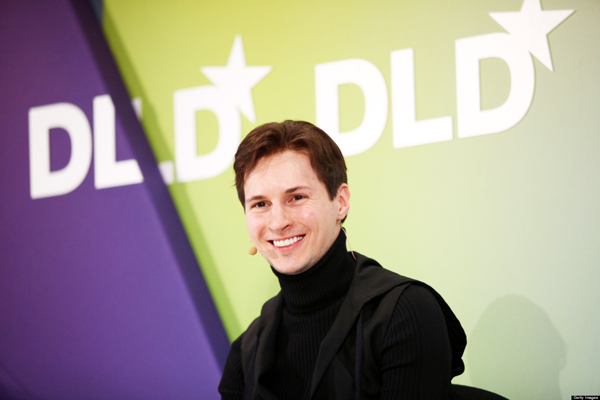 Pavel Durov, 29, known as “Russia’s Zuckerberg,” is the founder of VKontakte, a social network service company.

It took the man known as “Russia’s Zuckerberg” fewer than six weeks to go from extolling the virtues of his country’s business environment to emigrating, possibly never to return.

Durov, however, is a hero to many younger Russians who live on his network. So when, on March 11, he came out with a post listing seven reasons why they shouldn’t leave Russia, they listened.

“In recent months the subject of emigration from Russia is growing more and more fashionable,” Durov wrote. “As is my custom, I will go against the trend.”

Durov’s seven reasons to stick around ranged from low taxes - Russia’s flat income tax rate is 13 percent - to the beauty of Russian women: “As someone who spent years outside Russia, I can confirm that the percentage of pretty girls in Russia is substantially higher than in most other countries.” The tech entrepreneur also praised his native country for the “freedom of expression” it provides (“a creative attitude toward restrictions is our national feature,” he wrote), and its “development potential.”

On Tuesday, however, Techcrunch published excerpts from an email correspondence with Durov. “I’m out of Russia and have no plans to go back,” the VKontakte founder declared. “Unfortunately, the country is incompatible with Internet business at the moment.” He went on to say that “I’m afraid there’s no going back, not after I publicly refused to cooperate with the authorities. They can’t stand me.”

He was referring to his recent claim that, as chief executive officer of VKontakte, he refused to provide the Russian counterintelligence service with the personal data of Ukrainian activists who ran groups on the social network. Durov said the decision cost him his 12 percent of the company, which he sold to a partner and ended up in the hands of Alisher Usmanov, Russia’s wealthiest man. Usmanov’s Mail.ru now controls VKontakte.

On April 1, Durov announced his resignation as chief executive officer, but the next day said it had been a joke. Shareholders in the network took it seriously, however, and on Monday, Durov learned from news sites that his resignation had been accepted. “Thus, today VKontakte passes under the full control of Igor Sechin and Alisher Usmanov,” he wrote on his VKontakte wall. Sechin is President Vladimir Putin’s close friend. “Something like this was probably inevitable under Russian conditions, but I am glad we held out for seven and a half years.”

Durov, whom a VKontakte shareholder is suing for allegedly using company resources to design another copycat service - a WhatsApp clone called Telegram - told Techcrunch that his plan was to start working on a mobile social network this year. For his Russian fans, however, it will be as much of a foreign product as Facebook.

The (arguable) prevalence of pretty women notwithstanding, Russia is only a land of opportunity and creative freedom insofar as an entrepreneur maintains a good relationship with the government. The Kremlin looks favorably on a strong local alternative to U.S.-based Facebook and may even overlook terabytes of illegal content circulating on the network. The idea, however, is that someday the alternative will serve a useful purpose, such as helping to track the instigators of a revolution in a neighboring country. Reaping the benefits without paying the price is not a behavior the Kremlin is willing to tolerate, as Durov discovered in the space of just a few weeks.

*The author is a Bloomberg View contributor.