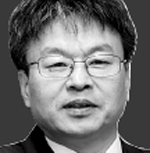 Last week, I met with two former captains who now own ships to discuss the possible cause of the Sewol accident. They were both devastated by the tragedy and shared the same opinions.

What do you think caused the accident?

Those who know about ships know the secrets in the video of the sinking. First of all, the bottom usually hits the seafloor when it sinks. But the Sewol ferry was upside-down, which means the upper part of the ship was heavier. Second, the bottom of the stem of the ship was above water for two days, and it was the most horrible scene. While people hoped it contained air pockets, the opposite was true. It was where ballast water, which sailors call “lifesaving water,” was supposed to be. The part was floating because the tank had air, not water. The lack of ballast water means that the ship had lost its ability to recover.

Is it possible to detect the signs of risk from the outside?

All ships have a load line marked on the stem and stern. Ships cannot sail when too much cargo is loaded and the line is below water. When an accident happens, it is considered a crime and not covered by insurance.

The chief mate is in charge of cargo and the ballast water, and the captain has to check the GM, the distance between the center of gravity of a ship and its metacenter, before sailing. If the GM is smaller than the standard, it is the rule of the sea for the captain to refuse to sail and the owner of the ship must accept the decision. However, the captain and the first mate could make a deal and use less ballast water to offset the excess cargo to keep the load line above water. But sailing out with a manipulated GM is bound to be deadly.

How about the veering by the third mate and the helmsman?

From a sailor’s point of view, they are not at fault. Veering was not the main cause. When a ship loses its force of restitution, it is like driving on ice. Witnesses say the Sewol was tilted from the waters off Gunsan, North Jeolla. As the passengers and crew members took a shower in the evening and breakfast was prepared, the drinking water at the bottom of the ship decreased. Also, the fuel was used up. The already lacking ballast water decreased even more.

Was the cargo not properly tied up?

When the ship first tilted, the cargo heeled over to one side and made it more dangerous. However, when the ship leaned more than 45 degrees, it was fortunate that the ropes tying the containers came loose and the cargo slid off into the sea. If they had been fixed with a chain, the ship would have capsized at once, leaving no time for the 174 people to escape at all.

Who is really responsible for the disaster?

The captain and the first mate hold the key to the secret. The engineer in charge of the ballast pump may also know the secret. But the real culprit was not on the ship, but is hiding on land. The one who overloaded cargo at Incheon and manipulated the ballast water to trick the waterline is responsible. The Sewol ferry loaded 2,000 tons more cargo than the standard to make additional 80 million won ($77,295) in a transport charge. This person - who knows nothing about ships and is only interested in money - is the murderer.

The passengers were instructed to “stay put in the cabin.”

A small boat could get capsized when passengers flock to one side at once. But a big ship like the Sewol ferry is different. The total weight of all the passengers is lighter than one 50-ton container. All passengers should have been instructed to put on life vests and go out on deck. It is doubtful that the person who claims to be the captain of the Sewol is really the captain. The person who communicated with the Cheonghaejin headquarters at the bridge immediately after the accident is the hidden mastermind.

The government’s rescue operations have been under attack. Your thoughts?

The order of rescue operations was chaotic. Marine industries around the world are surprised to see the cranes idly standing at the site. The preparation to refloat Italy’s Costa Concordia took six months, and it took 20 months to salvage the cruise ship completely. There was no need to lease the crane so early on.

How should it have been handled?

The prime minister or other ministers don’t know about the sea. They must be overwhelmed by the reports. Specialists should be in charge of the control tower. The New York City Fire Department commissioner commanded the site during the Sept. 11 attacks, and an Air Force brigadier general of the Joint Special Operations Command - not the president or the defense or state secretaries - oversaw the operation to kill or capture Osama bin Laden.