A time to grieve, not provoke

A time to grieve, not provoke 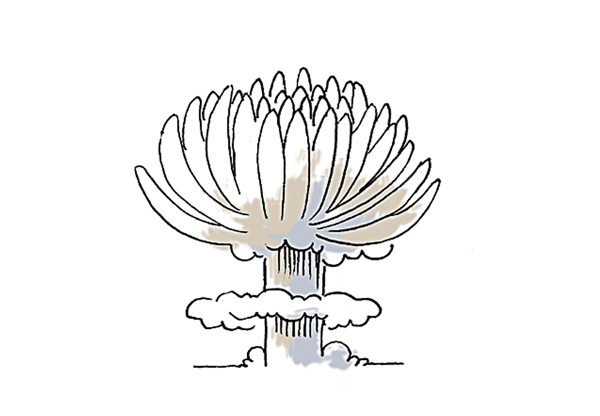 Prime Minister Chung Hong-won tendered his resignation to President Park Geun-hye 12 days after the Sewol ferry accident. Is this a tactic akin to sacrificing the hired manager to save the owner?

This national tragedy, alas, cannot be settled with a few white knights and a few more scapegoats. Crucifying the captain and the ship owner will not end the tragedy. The nation has witnessed the naked face of the Park administration. We are disappointed and enraged by the incompetence and irresponsibility of the government that was revealed in the course of its response and have become distrustful of the nation. We have lost faith that this country has the will or even the interest to protect the lives of its people. What could be more serious than the people not being able to count on their own nation? The government is faced with a desperate crisis.

It has been revealed that the emergency response manual of the Ministry of Oceans and Fisheries instructed our bureaucracy to “actively seek news items to set off shocks in case of a major disaster.” They want to distract the people’s attention by diluting certain incidents with other sensational news. Some of those around the president may be eyeing North Korea with secret pleasure. What if North Korea launches a long-range missile or conducts a fourth nuclear test just in time? When the attention of the media pivots to North Korea, the ferry tragedy would be left behind and criticism of the Blue House would start to die down.

Korea is now in mourning. U.S. President Barack Obama, who visited Korea last week, happened to arrive at this time of mourning. The heads of states followed the courtesy of mourning but remained resolute against North Korea. They warned that Pyongyang would pay a severe price if it went ahead with a nuclear test or a long-range missile launch. Moreover, Obama mentioned the miserable human rights situation in the North and supported Park’s Dresden Statement. He effectively backed Park’s “unification jackpot” idea, which Pyongyang harshly denounced as a signal that the South wanted to take it over.

As expected, North Korea is starting to fulminate again. The Committee for the Peaceful Reunification of the Fatherland, the North Korean organization that deals directly with South Korea, criticized the Korea-U.S. summit as “a declaration of a war that proclaims a total confrontation.” It claimed that “Pyongyang must fight against America not with words but with force alone, and the belief that the ultimate showdown through an all-out nuclear confrontation has become more solid.” It declared it will continue to pursue a nuclear build-up. It seems that the fourth nuke test is just a matter of timing.

Until now, the nuclear issue has been a vicious cycle of provocations and sanctions. The sanctions on North Korea did not have the desired effects. North Korea is not like Iran, which has so much to lose. And China blows a critical hole through any sanctions. Beijing does not wish to create instability in North Korea, so it may participate in some sanctions but will not squeeze its “blood ally” until it suffocates. That’s why sanctions don’t work with North Korea.

The best available option is to resume talks and freeze the North’s nuclear activities at this stage. Pushing for sanctions would only give the North more time to build up its nuclear program. Pyongyang showed its fourth nuclear test card, offering an opportunity for talks. But the leaders of South Korea and America simply ignored it.

When describing the outcome of the summit, Obama mentioned the missile defense system. Korea will develop the Korea Air and Missile Defense (KAMD) as an independent system, while reinforcing interoperability with America’s defense system. It was referred to as an “independent system,” but actually it is linked with America’s. Military equipment including missiles and radar would inevitably be brought in from the United States. Park and Obama also agreed to the exchange of military information among Seoul, Washington and Tokyo. Washington killed four birds with one stone as it used the nuclear threat to bring Korea into a trilateral alliance with Japan and keep China in check while selling more weapons to Korea.

Even if North Korea launches long-range missiles or conducts a fourth nuclear test, the shock of the ferry tragedy cannot be mitigated. If Pyongyang provokes us now, South Koreans will completely turn their backs on the North. To everything there is a season. Now is the time for the Korean people to grieve for our young victims and get through a depressing time. We also need the time to settle the situation and ask for accountability. If Pyongyang ignores our sorrow and pushes the nuclear button for the fourth time, that will leave an indelible scar on our hearts. Now is not the time.