What Obama and Abe missed

What Obama and Abe missed 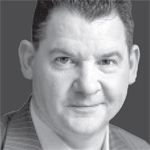 As New York Times columnist Paul Krugman recently reminded readers, the dirtiest word an economist can call you is “Japanese.”

Swedes must be stewing with regret for giving Krugman that Nobel Prize, after one of his columns likened the trajectory of Scandinavia’s biggest economy to Tokyo’s battle with deflation: “The rock star of the recovery has turned itself into Japan,” declared Krugman. Recriminations are flying. Sweden’s deputy central bank governor, Per Jansson, called the analysis “rather crude.”

Regardless, Krugman hurled his zinger at an ideal moment, just as Shinzo Abe and Barack Obama are in danger of ignoring the same lessons that Sweden is. When the two leaders met in Tokyo this week, much of the talk focused on security, including North Korea’s nuclear program and territorial disputes with China. Far more important is the challenge of returning the Japanese and U.S. economies to health. Like their Scandinavian counterpart, neither Japan nor the U.S. is doing enough to restore growth.

As I have pointed out in recent columns, we are 16 months into Abe’s premiership and there’s still no sign of the structural reforms he’s promised. The prime minister pledged to deploy three “arrows” to reach his target of ending deflation: monetary stimulus, fiscal spending and massive deregulation. This last phase is the most important, involving greater entrepreneurship, lower trade barriers, looser labor markets and empowering women. Yet Abe, the great reformer, continues to treat the symptoms of Japan’s funk with ultra-loose monetary policy, rather than addressing the rigidities and dearth of competitiveness prolonging the economy’s malaise. Thus far, the third arrow looks like a Nerf dart.

For all the excitement over Abenomics, its architect still doesn’t seem to have internalized the teachings from Japan’s lost decade. Take Abe’s revamp at Japan’s $1.25 trillion Government Pension Investment Fund, which is being touted as a big boon for growth. It really boils down to prodding the fund to cut its bond holdings and buy more stocks. Wouldn’t it be better to tighten corporate governance, tweak taxes to encourage start-ups, and get Japan Inc. icons such as Sony to come up with game-changing products?

The weaker yen, meanwhile, may be doing more harm than good. For one thing, Japan is importing inflation via the energy market. For another, the cheap currency has taken the onus off exporters to innovate, cut costs and get their balance sheets in order. It’s a formula for greater complacency. Japan’s leaders, of all people, should know that cheap money is never a long-term fix.

Abe claims that joining the U.S.-led Trans-Pacific Partnership will be a down payment on the sweeping deregulation at the heart of his program. But this TPP push is also a political ploy. Unless Republicans suddenly give Obama fast-track negotiating authority, the pact is a nonstarter. Even if it did happen, the final deal is sure to be TPP lite for Japan, with Abe loath to cross the farm lobby and automakers. If TPP dies instead, Abe can still claim he’s Japan’s Margaret Thatcher. It’s smart, Karl Rove-like politics, but ultimately hollow.

For that matter, it’s not clear the U.S. has learned much from the past, either. As Obama moves on to Seoul, Kuala Lumpur and Manila, he should consider why the world is so worried about the Federal Reserve’s tapering process. Sure, markets are concerned the Fed will tighten too fast and slam developing nations. But the real anxiety is over the lack of growth drivers in the U.S. once all that liquidity dries up. Since the 2008 global crisis, the White House and Congress have done little to restructure the U.S. economy. Instead, they’ve papered over the cracks, Japan-style, with unprecedented waves of monetary stimulus.

Krugman might want to have a look at China as well. Thus far, President Xi Jinping’s own reform pledge is looking about as shaky as Abe’s. There’s been lots of big talk about changing the growth model to de-emphasize the roles of excessive credit and exports, but scant follow-through. China’s growth must be real, not generated by fresh bubbles. Sweden - the world’s 21st-biggest economy - is one thing. The prospect of the world’s second-biggest economy succumbing to a Japan-like stagnation, along with the U.S., is a whole other story. You don’t have to have a Nobel Prize to see that.