A group of the nation’s top scientists and tech company CEOs yesterday released a list of 26 technologies that most influenced the industrial market last year.

The National Academy of Engineering of Korea said the list was formed based on the creativity and originality of the technology. The impact and contribution that products had on the market was also a major factor. 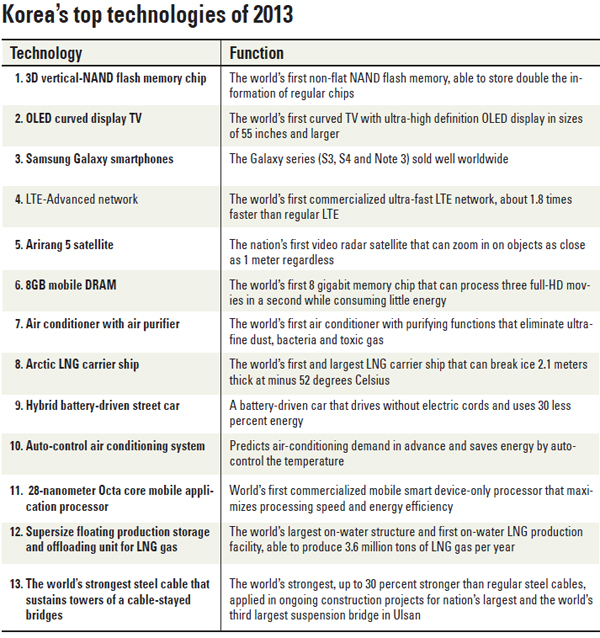 Samsung Electronics’ Galaxy smartphone series, including the Galaxy S3, S4 and the larger Note 3, were nominated for their domination of the world mobile device market. Samsung said that the Galaxy and Note series had sold more than 100 million units as of November.

In 2013, curved televisions made their world debut with an ultra high-definition OLED display larger than 55 inches. After Samsung Electronics and LG Electronics introduced them during the 2013 Consumer Electronics Show in January, LG started selling them locally last April and in the United States in July. 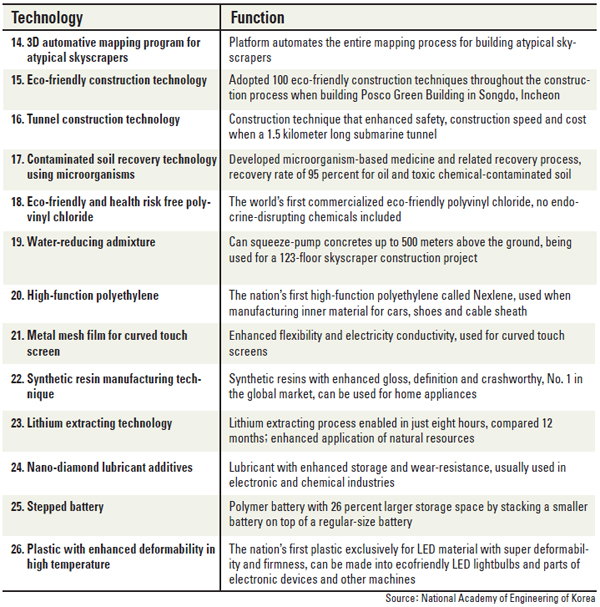 Korea was the first country to commercialize the LTE-Advanced data network for smartphones in June. The ultra-fast LTE network allows data flow of up to 150 megabits per seconds, 1.8 times faster than regular LTE.

LG Electronics’ Whisen air conditioner, which is the world’s first to purify air, was chosen for its ability to eliminate ultra-fine dust particles smaller than 2.5 nanometers, as well as bacteria and toxic gas.