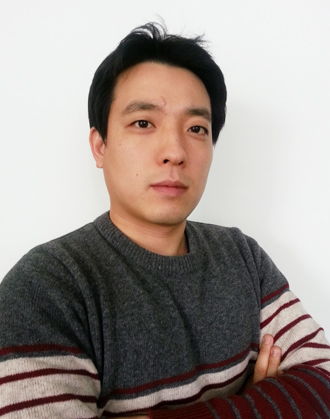 Although many creative start-ups have emerged since the start of the Internet era, few local groups have succeeded globally due to language and cultural barriers.

But one company is capitalizing on what is an obstacle for others.

Flitto, a translation service that works like a social network, has attracted three million users from 170 countries in less than a year since its launch in October.

An app for translations may not seem innovative, but the platform for Flitto is different from other automatic translation apps and portal services such as Google Translate.

Q. How is Flitto different from the existing translation services?

A. Flitto is a translation platform that brings together people who speak more than one language around the world with people who need translations.

Unlike Google Translation and other translation services, all of our translations are human-powered and therefore are much more accurate.

On Flitto’s web and mobile application, people with knowledge of certain languages can provide translations and earn points.

Users can request translations by spending points and providing translations to earn points, which can be converted into cash, donated or spent at Flitto’s mobile shop.

We provide 50 points to all users when they subscribe, which can be paid in translating a simple sentence of less than 50 words.

Translation is not an easy task. It takes a delicate process that must be flexible to variables.

While automatic machine translation services have limitations in translating the correct meaning of sentences or phrases from one language into another, bilingual users provide more precise translations.

People around the world can read the social media feeds of their favorite celebrities, fun web comics or find deals in their native language.

But how can you tell that translations provided by random people on Flitto are accurate?

Users can register themselves as translators and go through simple tests. When they pass the tests they are eligible to provide translations.

As beginners they will translate simple sentences and provide translations after getting messages of translation requests from other users. We check their translations, rate them and assign different levels.

The more your translation is chosen by people, the higher your ranking will get.

How did you attract so many users around the world in such a short time? Were there any marketing promotions?

As a start-up with almost no investment and capital at first, we could not roll out marketing promotions.

Instead, our service became famous through word-of-mouth publicity by celebrities, including not only K-pop stars such as Super Junior, Psy and Big Bang but also the famous Brazilian writer Paulo Coelho, who has more than nine million followers on twitter.

Because they all have so many fans worldwide, multilingual fans started translating their tweets and other things they say on Flitto. Then, these celebrities retweet the translations offered by Flitto, when anyone, mostly fans of the celebrities, translates their quotes. The famous writer Paulo Coelho even tweeted “if anyone wants to read my tweets, go to Flitto.”

That’s how it became known to people. Now, the entertainment company JYP is a partner company as well as a shareholder investing in our company.

Fans of JYP celebrities use Flitto a lot, and when their translations are chosen they also receive gifts from the celebrities as rewards.

What is the profit model of Flitto?

We sell our compiled translation data to automatic translator makers such as MS, Google and Genie Talk. Google Translate, for instance, makes modifications and improvements with this data.

But we don’t sell all of it. We sell around one million data per month to two to three companies. The amount of data sales is constantly increasing. There are increasing demands from many local and foreign companies.

Do you have any patents for technology or a business model?

We filed for a technology and business model patent last April, but it has not yet been approved. Also, we applied for patent cooperation treaty this January, which gives us a priority when we apply for patents in the U.S.