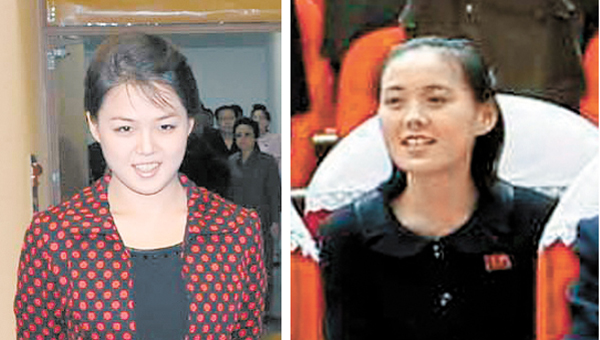 Pyongyang is currently waiting for a new and powerful madam.

Kim Kyong-hui, the aunt of North Korean leader Kim Jong-un and a secretary in the ruling Workers’ Party, previously held that position over four decades and has all but disappeared from public life in the months following the execution of her husband Jang Song-thaek.

The 68-year-old is the younger sister of late leader Kim Jong-il and the beloved daughter of the nation’s founder Kim Il Sung.

Her rise as the most influential woman in the Communist state began after Kim Il Sung’s second wife, Kim Sung-ae, was alleged at a general session of the ruling party’s Pyongyang branch in June 1974 to have abused her power. The regime referred to the episode as the first lady’s “swish of her skirt,” a sexist term used in Korean to describe an overly ambitious or aggressive woman.

Kim Kyong-hui maintained her power even after her brother, Kim Jong-il, died in December 2011 and her nephew, Kim Jong-un, took the helm. Before he died, Kim Jong-il reportedly named his sister the most reliable guardian for Jong-un, his youngest son.

However, her fall came unexpectedly and abruptly. In December, when Jang Song-thaek was purged for treason and then killed, her downward spiral unfolded.

She was a four-term representative of North Korea’s rubber-stamp parliament, but her name was not on the list of newly elected officials in the legislature in March, according to the regime’s official Korean Central News Agency.

Footage of her was also edited out of some of North Korea’s documentaries, which many analysts believe is an indication that she bowed out of Pyongyang’s inner circle, or that she was ultimately dismissed, never allowed to return.

But in her absence, two young women have risen to fill the void.

The first, Ri Sol-ju, was a singer in Pyongyang’s Unhasu Orchestra when she captured the attention of Kim Jong-un, who at the time was the heir apparent.

The young Ri made her first appearance in North Korean media in July 2012, making her debut as a sort of Cinderella. In a number of reports, she appeared walking with Kim, her arm linked with his, indulging in popcorn during his “field guidance trips.”

The other, Kim Yo-jong, the younger sister of Kim Jong-un, is seen as a formidable rival to the first lady. She first came to the public’s attention when she appeared with Kim and other high-ranking officials in March on their way to cast their ballots in North Korea’s parliamentary elections.

At the time, the regime’s state media called her “a core worker of the Workers’ Party’s Central Committee.”

According to the North Korean dictionary, “worker” denotes an official.

A South Korean official in charge of North Korean intelligence told the JoongAng Ilbo that Kim Yo-jong “previously used another name, Kim Ye-jong, and was named a manager in the party’s Propaganda and Agitation Department.”

“We assume she has been promoted to a position higher than a deputy director in the party,” the source added.

Since her introduction, rumors spread quickly in Pyongyang’s military and ruling party that “all roads lead to comrade Yo-jong.”

She is no longer the little girl once seen whimpering at her father’s funeral. And by all accounts, she could be even more senior than a prime minister or minister in the regime.

Still, there have been whispers about a few other women in the Kim line. However, those speculations crumbled before ever making headway.

The influence held by Kim Sol-song, a child between Kim Jong-il and his third wife Kim Yong-suk, was apparently exaggerated by several analysts. When Kim Jong-il took a photo of party officials and others at Pyongyang Department Store No. 1, the woman spotted with him was assumed in some reports to be Sol-song. However, sources told the JoongAng Ilbo that the mystery lady was later confirmed to be the store’s manager.

And when it comes to the allegation that Kim Jong-il entrusted certain roles to Sol-song in his final will, a Seoul official denied it, asserting “there was no such thing for Kim Jong-il.”

Kim Ok, the fourth wife of Kim Jong-il, known as the de facto first lady who attended his funeral, was once rumored to be in Pyongyang’s elite under Kim Jong-un’s rule, but she has since vanished in the media.

Ri Sol-ju and Kim Yo-jong are known to be close in age - both are around 25 years old. So it appears the choice lies between love and blood.

But given the late Kim Jong-il’s reputation as a notorious womanizer, it’s possible that the power of North Korean first lady only lasts until her expiration date - when she is replaced or pushed out of favor.

In the regime, the women who are loved often wield the utmost power, but when that love runs out, they are fated to be abandoned or forgotten altogether.

So far, however, the young Kim’s adoration for his wife Ri seems to persist. They supposedly have two daughters between them, and recent media footage showed them wearing complementary Swiss-made watches.

Yet there is no doubt that the bond between siblings, and the tie between Kim Jong-un and his sister, appears to run deep - they even studied together in Switzerland during their childhood, separate from their parents who resided in Pyongyang.

It is hard to guess who will ultimately come out on top. The two ladies currently maintain a tight power balance as the first lady and the sister-in-law.

Meanwhile, Pyongyang is showing signs that there may be a power reshuffle.

Choe Ryong-hae, the director of the North Korean Army’s powerful General Political Bureau and a special envoy for Kim Jong-un in China, has not made a public appearance in a while, and analysts believe he may have been replaced.

If that’s true, no senior figures would exist to deter the young leader. He has since killed or expelled Jang, Choe and his aunt Kim - the three most influential people around him. Taking this into account, experts are closely watching to see which roles Kim Yo-jong and Ri Sol-ju will occupy.

Under the rule of North Korea’s two former leaders, women in Pyongyang’s royal family were traditionally forced behind the scenes. Ko Yong-hui, who is known as the biological mother of Kim Jong-un and the third wife of Kim Jong-il, never did appear at public events, even though she allegedly lived with the late Kim for 28 years.

But that seems to be changing under Kim Jong-un’s watch. Rather than clawing their way through political games, his women are publicly rising within his elite circle.

So by all accounts, the power struggle between North Korea’s female leaders has only just begun.