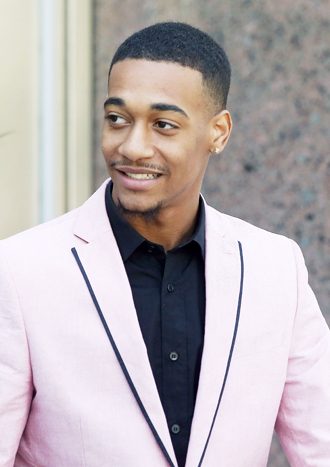 LOS ANGELES - An aspiring rapper who was arrested during a search of Justin Bieber’s mansion pleaded no contest Wednesday to felony possession of ecstasy and was sentenced to probation and community service.

Smith was sentenced to three years of probation, but the felony conviction can be reduced to a misdemeanor if he successfully completes his sentence, which also requires him to pay the Sheriff’s Department $600 in restitution for the broken phone.

Smith, 20, was arrested in January after deputies said they found him with drugs while searching Bieber’s mansion for evidence in an egg-tossing vandalism case. Prosecutors are still considering whether to charge Bieber with vandalism.

Detectives found three to four rocks of ecstasy and 16 pills apiece of Xanax and oxycodone in Smith’s bedroom at Bieber’s house, according to a probation report that describes his arrest.

Smith told officers he did not use the ecstasy but “he gives it to girls because they ‘love it,’” according to the probation report filed Wednesday.

Smith was not interviewed by probation officials, who wrote in a report, “It appears he keeps drugs to satisfy young girls that he is around.’’

Smith is identified as Bieber’s personal assistant in the probation report. He was originally charged with possession of oxycodone, but that charge was dropped Wednesday.

In addition to searching the mansion in Calabasas, detectives also have served a search warrant on the photo-sharing site Instagram to try to match images of the pop singer’s clothing with surveillance footage of the egg attack.

Authorities said images showing a man who matched Bieber’s appearance running from his neighbor’s house and high-fiving his friends were seized from the pop singer’s home during the Jan. 14 search.