Bob Hoskins dies of pneumonia at 71

Bob Hoskins dies of pneumonia at 71 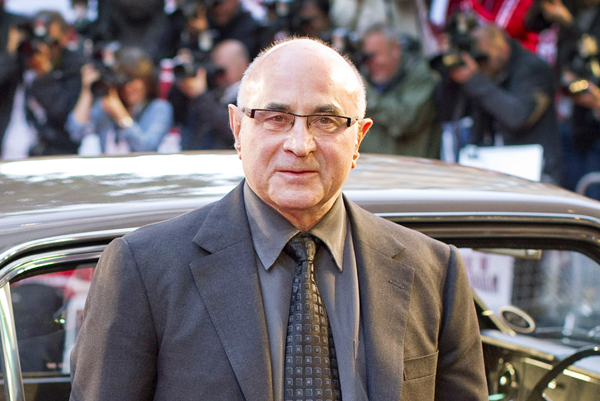 This Sept. 20, 2010, file photo shows British actor Bob Hoskins arriving for the world premiere of “Made in Dagenham” in London. Hoskins has died aged 71. [AP/NEWSIS]

LONDON - Bob Hoskins never lost his Cockney accent, even as he became a global star who charmed and alarmed audiences in a vast range of roles.

Short and bald, with a face he once compared to “a squashed cabbage,” Hoskins was a remarkably versatile performer. As a London gangster in “The Long Good Friday,” he moved from bravura bluster to tragic understatement. In “Who Framed Roger Rabbit,” he cavorted with a cast of animated characters, making technological trickery seem seamless and natural.

A family statement released Wednesday said Hoskins had died in a hospital the night before after a bout of pneumonia. He was 71 and had been diagnosed with Parkinson’s disease in 2012.

Helen Mirren, who starred alongside Hoskins in “The Long Good Friday,” called him “a great actor and an even greater man. Funny, loyal, instinctive, hard-working, with that inimitable energy that seemed like a spectacular firework rocket just as it takes off.”

“I personally will miss him very much, London will miss one of her best and most loving sons, and Britain will miss a man to be proud of,” Mirren said.

The 5-foot-6 (1.68 meters) Hoskins, who was built like a bullet, specialized in tough guys with a soft center, including the ex-con who chaperones Cathy Tyson’s escort in Neil Jordan’s 1986 film “Mona Lisa.” Hoskins was nominated for a best actor Academy Award for the role.

“He was an actor who loved to work and the work loved him. And so did every audience,” Spielberg said.

Hoskins’ breakout Hollywood role was as a detective investigating cartoon crime in “Who Framed Roger Rabbit,” a tribute to hard-boiled 1940s entertainment that was one of the first major movies to meld animation and live action. The 1988 Robert Zemeckis film was a huge global success that won three Oscars and helped revive animated filmmaking.

“For all the special effects and technical wizardry, it was Bob’s honesty and the truth of his performance that made the animated characters believable - and that was a testament to his real talent,” said Zemeckis.

Hoskins initially worked in theater, but began getting television and film roles in the 1970s. He came to attention in Britain as star of “Pennies from Heaven,” Dennis Potter’s 1978 TV miniseries about a Depression-era salesman whose imagination sprouts elaborate musical numbers.

His movie breakthrough came in 1980 thriller “The Long Good Friday,” playing an East End gangster hoping to profit from redevelopment of London’s docks. It contained one of Hoskins’ most memorable speeches, a Cockney-accented dismissal of American culture: “What I’m looking for is someone who can contribute to what England has given to the world: culture, sophistication, genius. A little bit more than an ‘ot dog, know what I mean?”

The film is ranked 21 in the British Film Institute’s list of the top 100 British films of the 20th century.