Lotte will open a branch of popular bakery in Seoul store

Lotte will open a branch of popular bakery in Seoul store 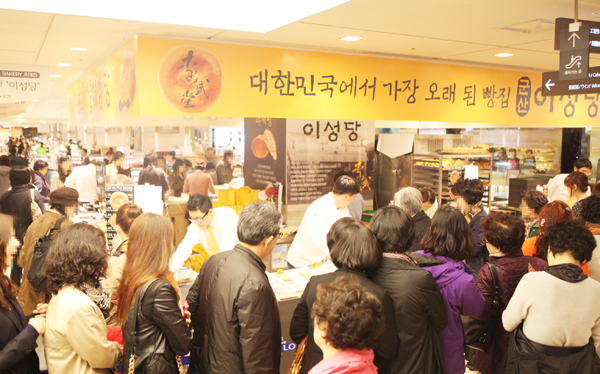 Lotte Department Store said yesterday that it will open a branch of a famous bakery in Gunsan, North Jeolla, at its Jamsil Lotte store in southern Seoul on Monday. It is the first time that Lee Sung Dang Bakery, which was founded in 1920 as a home confectionary, is opening an outside branch. According to Lotte, the new store will be 270 square meters. While the store in Gunsan is known for its traditional fare, the bakery in the department store will have a more modern concept.

Lee Sung Dang Bakery is well known for its sweet redbean buns and vegetable buns. Ahead of the official opening Monday, last year Lotte Department Store opened a pop-up store in April for a week (see photo) that registered more than 250 million won in sales.