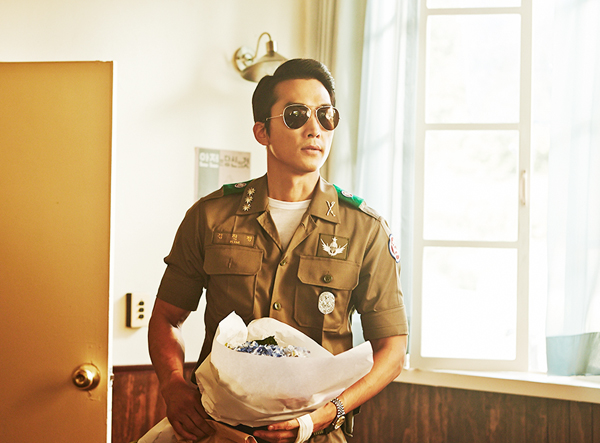 On April 24, when the film studio behind Song’s latest work uploaded teaser photos from the movie, more than 4.7 million people logged onto the official website to get a glimpse of the action.

Many industry insiders noted that the interest in the film was quite remarkable, because the marketing team wasn’t able to conduct any promotional activity due to the recent Sewol tragedy.

As Kim becomes embroiled in a forbidden love affair with a woman married to one of his subordinate officers, conflict arises between the two characters.

Since debuting in 1996, Song has appeared in many successful dramas, including “Autumn in My Heart” (2000), which helped his rise as a Hallyu, or Korean Wave, pioneer.