Song has plans for Cannes

Song has plans for Cannes 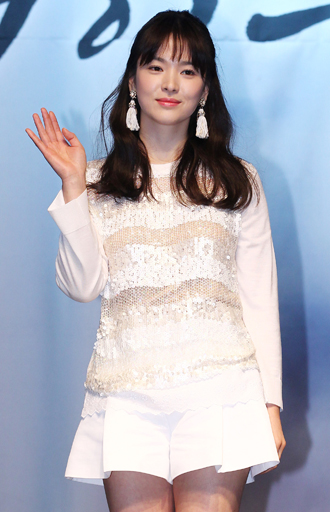 Korean actress Song Hye-gyo will head to Cannes International Film Festival to attend a promotional event for her up-and-coming Chinese film “The Crossing,” according to local reports yesterday.

The 32-year-old actress attended Cannes in 2008 for the movie’s production brief, but the filming process has been on and off during the past six years.

Shooting for the movie recently finished, and final touches are reportedly in progress.

The film, which includes a number of prominent actors such as Zhang Ziyi and Takeshi Kaneshiro, is an epic drama that draws upon the love story of a couple during the Chinese Revolution in the late 1940s.

During the international festival, the press screening for “The Crossing,” directed by a prominent Chinese director, John Woo of the “Red Cliff” series, will hold its press screening May 17.