Being sensitive is better than silent

Being sensitive is better than silent 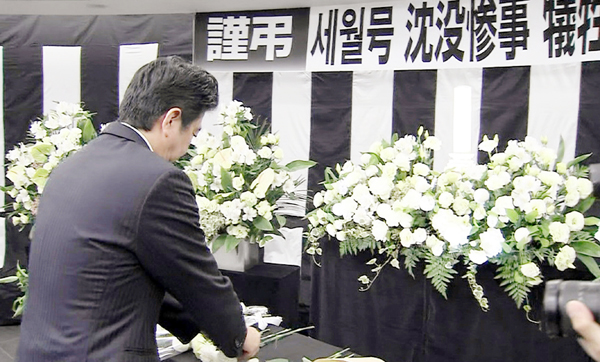 I have reread the column I wrote two years ago for the May 8 issue of the JoongAng Ilbo. Titled “Sometimes, I Envy Japan’s Overreaction,” the column discussed how Japan responded to a bus accident on April 29, 2012. A memorial ceremony was recently held to mark the accident’s second anniversary.

The accident occurred as the “Golden Week” holiday began. A tour bus with 45 passengers left Ishikawa Prefecture at 10 p.m. on April 28 and was scheduled to arrive at Disneyland near Tokyo the next morning. While the bus was in Gunma Prefecture at around 4:40 a.m., the driver dozed off behind the wheel and crashed into the steel wall along the highway. Seven passengers were killed and 38 were injured.

The Japanese media covered the story extensively. They reviewed the working conditions of bus drivers and the price competition among tour operators. The Japanese Ministry of Land, Infrastructure, Transport and Tourism banned travel agencies from contracting out their customers to bus operators. The bus drivers can only drive up to 400 kilometers (249 miles) a day, reduced from 670 kilometers. Having worked as a Tokyo correspondent for less than a year, I thought that Japanese society was responding too sensitively.

Two years have passed, but the Japanese have not forgotten the accident. At 4:40 a.m. on April 29, the time of the accident, 27 family members of the victims gathered in Gunma Prefecture. They shared the hope that no similar accident would happen again. The president of the bus company also came to the site. He did not say much and bowed low.

Japanese newspapers and broadcasters reported on the memorial event and reaffirmed the efforts under way to prevent similar accidents. In late March, a court in Gunma Prefecture sentenced the bus driver to nine years and six months in prison as “it was an intolerable extreme nonsense for the professional driver responsible for precious lives to continue driving when he felt sleepy.”

Accidents that would rarely make the news in Korea often get major coverage in Japan, and Japanese media constantly reminds society of the painful lessons learned by remembering accidents regularly.

Japanese society is tremendously interested in the Sewol ferry tragedy. TV Asahi sent a team of nearly 20 reporters to Jindo, and other Japanese media also reported on the accident constantly. They intend to use the incident to look back on their own safety standards.

As Korea continues to grieve over the Sewol ferry tragedy, I feel embarrassed that I had described Japanese society’s sensitivity to safety as an “overreaction.” When it comes to safety, being too sensitive is far better than being silent.