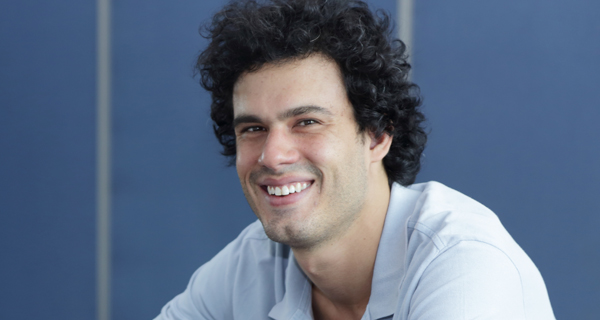 JEONJU - This year at Jeonju’s International Film Festival (JIFF), the focus was on South America. With more Latin American films represented than ever before, the labyrinthine social and economic landscapes of the region were put under the microscope.

Of these, Fellipe Barbosa’s “Casa Grande,” which is competing in the international segment, stands out due to its juxtaposition of the haves and have-nots of Rio de Janeiro.

In Korea for the first time, Barbosa sat down with the Korea JoongAng Daily to talk about his film, which is named after the iconic Brazilian novel from the 1930s, “Casa-Grande & Senzala” (“The Masters and the Slaves”).

Although the book and the film both examine the formation of Brazilian society, the movie is especially dear to Barbosa because it is a semi-autobiographical work.

Told through the eyes of the baby-faced lead Jean (Thales Cavalcanti), “Casa Grande” is Barbosa’s response to how much Brazilian society has changed since the release of “Casa-Grande & Senzala” some 80 years ago.

“This happened to my family in 2003, when I was studying film at Columbia University,” Barbosa explained, referring to the plot that sees an upper middle-class family become bankrupt.

Rather than just a straightforward retelling, the film was a kind of “therapeutic process,” or a “what it would have been like if I was there at the time, and if I was 17,” said Barbosa.

To find his lead actor, 34-year-old Barbosa returned to his old all-boys school.

“I did research there for many years until I got the money [for the film], so when I got the money, I sat in on a class and chose four boys,” he said. 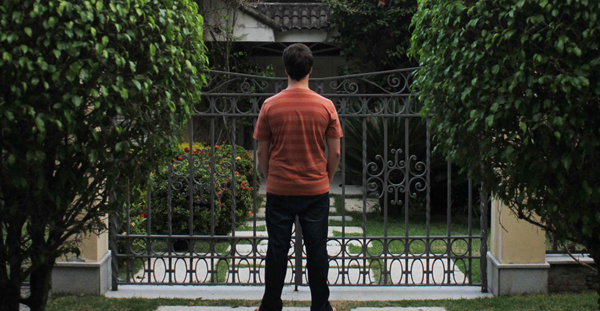 The semi-autobiographical film “Casa Grande” tells the tale of 17-year-old Jean’s awakening in the face of his father’s bankruptcy. Provided by the festival

Barbosa steered clear of professional actors, “because actors that age are extremely vain and not that interesting.”

In the end, he settled for Cavalcanti, describing him as “sincere,” “naive” and “a mix between me and himself.”

The director tells the tale of a young boy’s awakening to a society that he has never before questioned. With his household staff let go, Jean has to start catching the bus to school, and it is on these hourlong rides that he encounters life and love outside the gilded gates that have contained him his whole life.

Although Barbosa hails from a similar background as his lead, he remembers being Jean’s age and feeling “embarrassed” about his family’s wealth.

“I would hide it, keep it from my friends. Of course, in the end they eventually knew,” said Barbosa. “I never was so comfortable with it,” he said.

As a result, when his father lost his fortune, Barbosa said he wasn’t distraught.

“In a way, knowing that my father had lost his money was a happy thing. Finally, I thought, I could be like everyone else.”

This is something he tried to explore in Jean’s journey - “how the process of losing money ends up being liberating.”

And in between the talk of money, Barbosa puts the spotlight on Brazilian affirmative action quotas, which came into effect in 2012 to guarantee around 40 percent of university spots to students from low-income families. In doing so, he inadvertently touches upon racism.

“I wanted to question, ‘Do we really live in a racial democracy?’ But it’s not that simple. Poorest people are usually darkest, vice versa.”

While some reviewers have called his film too “didactic” in the way it presents the quotas or race, Barbosa said he was confident in the choices he made.

“This is an old discussion in the United States and Europe, but in Brazil it’s a new conversation.

“Right before I shot the movie, people were just starting to talk about race, and because it’s a new discussion it was also very naive, and I wanted to show that.”

From the manor to the slums, his honest depiction is a breath of fresh air to those unfamiliar with South American films.

Barbosa’s follow-up projects include a successor to “Casa Grande,” inspired by motifs from Lee Chan-dong’s “Secret Sunshine,” one of his favorite films, as well as writing for the upcoming film “Rio, I Love You,” a “Cities of Love” installment.

The final screening of “Casa Grande” is at 1.30 p.m. tomorrow at Megabox Jeonju.