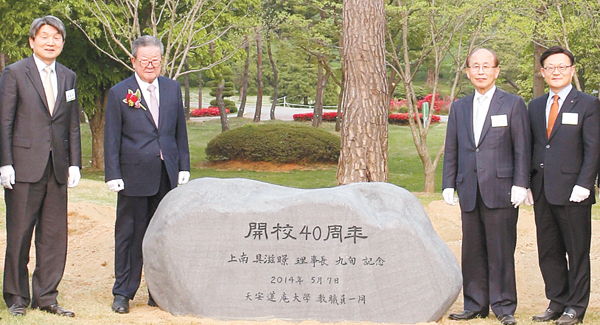 Koo, who taught at an elementary school for five years after graduating from Chinju National University of Education, established Cheonan Yonam College in 1974 to advance agricultural and livestock expertise and the Yonam Institute of Digital Technology in 1984 to nurture a technologically-knowledgeable work force. Koo has served as the president of both universities since their establishment.

“I am full of mixed emotions as the university, which I established in order to promote the balanced development of urban and rural areas in the midst of the industrialization of the 1970s,” Koo said at Cheonan Yonam College’s anniversary ceremony. “According to the principles of this university, I hope all students and staff members will work together to continue to contribute to the development of agricultural and livestock industries in the future.”

In 2009, it began utilizing highly specialized facilities and cleaning equipment brought in from the Practical Training Center in the Netherlands. Meanwhile, the Yonam Institute of Digital Technology, which was founded in Jinju, South Gyeongsang, has trained 300 students each year since its foundation by fostering cooperation between the university and the industry.

The Department of Smart Convergence, in particular, founded in 2012, works toward propelling the software and electronic car parts sectors through industry-university collaboration with LG affiliates.

“As a businessman who used to work as a teacher, the honorary chairman is known to have had a great affection for education all his life,” said an LG Group spokesman.