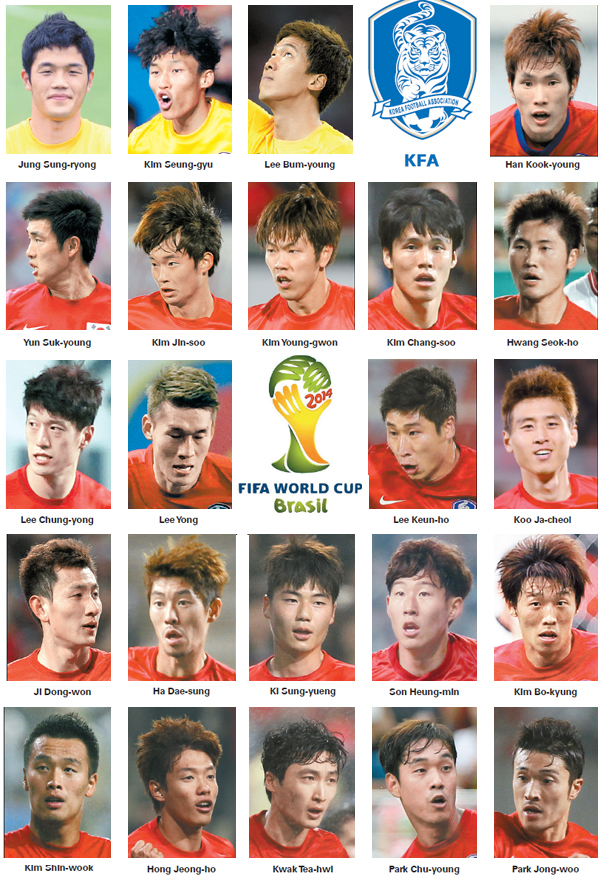 Whenever important decisions are made, the decision maker typically is the object of both praise and criticism from the public. 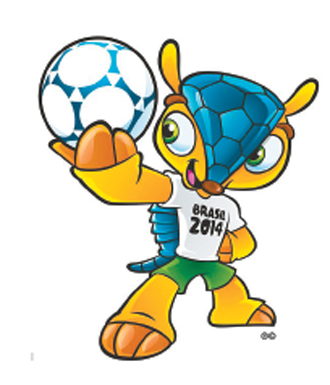 That seems to be the case with Korean national football coach Hong Myung-bo, who on Thursday announced his 23-man final roster for the 2014 Brazil World Cup that kicks off next month.

Twelve of the players named were on the Hong-led 2010 London Olympics team that won a bronze medal, and some say the coach just decided to bring along his own kids with whom he is familiar. Only six members of the 18-man Olympic squad did not get tickets to Brazil.

It means Hong’s squad might have more team spirit and cohesion than past teams. Another plus is that nearly half the World Cup team has experienced success on an international stage, winning an Olympic bronze medal and beating football powerhouse England.

“I’m not surprised,” said Kim Hak-bum, former Gangwon FC coach. “It looks like Hong just stuck to his style and picked players he knows well, but I don’t think there is a lot of difference in ability between those selected and those who are not going to Brazil. All we can do is trust the decisions Hong made.”

Hong said the toughest positions for him to fill were left wing-back and defensive midfielder, and he gave both of the spots to London players. He picked Yun Suk-young of the Queens Park Rangers for left wing back over Park Joo-ho of FC Mainz and Park Jong-woo of Guangzhou R&F FC over Lee Myung-joo of the Pohang Steelers, who has been one of the hottest players in the K-League Classic this season.

On Thursday, Hong said he didn’t choose Park of FC Mainz because his injured right little toe is still only 90 percent healed, and there is the possibility of a recurrence. “I know that Yun had some difficulty in getting a chance to play for his club team, but he recently performed well and we were able to see that Yun is in better condition physically than Park,” Hong said when asked about the decision.

But since the World Cup is still about a month away, there would have been enough time for Park to be 100 percent recovered and he would have given the team more attack options since he can play multiple positions. He sometimes played as a winger for FC Mainz in the Bundesliga.

Most of Hong’s defenders are young. Defender Hong Jeong-ho and defensive midfielder Han Kook-young were selected for the Olympic team, but weren’t able to play because of injuries. Kwak Tea-hwi, 33, is the only bona fide veteran defender, with the other spots taken by Kim Jin-soo (21), Kim Young-gwon (24), Hwang Seok-ho (25) and Kim Chang-soo (25).

And because Kwak is considered as a backup and the Brazil event will be his first World Cup appearance, it is questionable what kind of leadership he can bring to the team.

“It has been less than a year since Hong became the coach of the national team,” said analyst Han Jun-hee. “I think he didn’t want to waste his time looking for new faces and teaching them his style of football from chapter one. But it is questionable whether his young players can adapt to situations in the World Cup, which is obviously a much bigger event.”

The average age of the team is 25.9 years old, which is 1.4 years younger than the 2010 South Africa World Cup squad. Kwak is the oldest, and Son Heung-min is the youngest at 21. Park Chu-young is the only player on the roster who has participated in the World Cup three times.

“I think what we need over the next few weeks is to develop stronger teamwork and improve stamina,” Hong said. “I want my players to go to Brazil in the best possible shape.”

The national team will have its first training session at the NFC today.