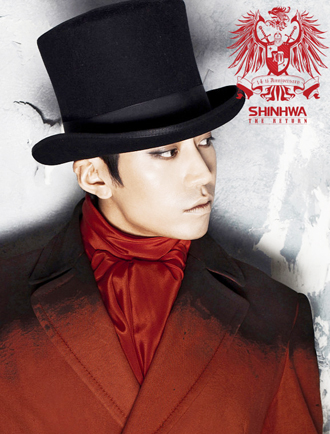 Singer and actor Mun Jung-hyuk, better known as his stage name Eric Mun of the veteran K-pop boy band Shinhwa, announced that he is not going to star in the upcoming KBS drama “Lover of Trot” (working title).

“Eric did not say that he would join the team in the first place,” said his agency Shinhwa Company, denying the rumors that he was on the verge of signing a contract with the broadcaster.

The drama, which is slated to be aired at the end of June, tells a story about a genius composer who has a knack for creating trot music, or traditional Korean ballad music. KBS suggested giving the genius character to Eric last month.

His fans, on the other hand, are hoping Eric will film a new drama soon since he has been away from the drama scene after he was faced with a huge controversy in his 2011 drama “Spy Myung-wol,” in which the lead actress fled to the United States in the middle of filming, after having a quarrel with the production team.

Due to the abrupt leave, the shooting was cancelled and Eric, as the lead role, was also affected by the trouble.

Although the actress came back and managed to finish the drama, Eric has since then put his focus on his career as a singer, along with the rest of the members of Shinhwa.

They released their 11th album “Classic” last year, and also hosted the JTBC entertainment show “Shinhwa Broadcast” from 2012 to 2014.
In the meantime, Eric hasn’t mentioned a concrete plan about his return to acting. In March, Shinhwa celebrated its 16th-year anniversary with more than 27,000 fans at the Olympic Gymnasium Arena at southwestern Seoul.