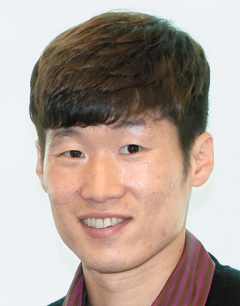 It looks like Park Ji-sung of PSV Eindhoven has decided to end his career.

A source close to the 33-year-old midfielder said on Sunday that Park will hold a press conference tomorrow at the Park Ji-sung Football Center in Suwon, southern Gyeonggi, to tell the media about his future and announce his retirement.

Park is supposed to rejoin the Queens Park Rangers (QPR) next season as his one-year loan to PSV has ended and his contract with QPR doesn’t expire until the end of the 2014-15 season, but it is highly unlikely that the midfielder will play another season for QPR. Last month, Park’s father Park Sung-jong told Ilgan Sports, an affiliate of the Korea JoongAng Daily, “There are many possibilities, but my son doesn’t want to go back to QPR for sure.”

His father said Park doesn’t want to play in England because he would have to play more matches than in the Netherlands and the work is more physically demanding.

He added that it doesn’t matter whether QPR, which is currently in the Championship League, advances to the Premier League next season.

QPR finished the season fourth and they have to win in the playoffs to move up to England’s top league. The top two Championship clubs automatically advance to the Premier League and the next four clubs compete in a playoff to decide the last spot.

QPR drew 0-0 against Wigan Athletic in the first leg of the first round of the playoff and they will face Wigan again on Wednesday at home in London. If QPR beats Wigan, they will face either Derby County or Brighton & Hove Albion on May 24.

But since Park will hold a press conference 10 days before the final playoff game, the future of QPR won’t be an issue for him.

The source said Park decided to retire because he judged that it’s the right time, just like when he retired from the Korean national football team in January 2011. His decision in 2011 surprised Koreans as he was the ace player for the Taegeuk Warriors and he was only 30. At the time, Park said he wanted to leave the national team because he wanted to quit while he was on top and he also wanted to focus on playing for his club to end his career in a healthy state.

In the past two seasons, Park has faced challenges due to injuries and the poor condition of his right knee, which was seen as a ticking time bomb. But he showed his competitiveness at PSV and contributed to the team by clinching a spot in the Europa League next season.

The source said Park had met with QPR owner Tony Fernandes in London to ask for his understanding regarding his retirement even though there is still one year left on his contract.