How business associations can succeed abroad

How business associations can succeed abroad 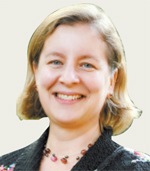 Amcham Korea recently had the honor of hosting President Barack Obama for a business roundtable with Korean and U.S. business leaders. At the meeting, Obama focused on issues related to implementation of the Korea-U.S. free trade agreement and heard opinions of Korean investors on the business environment in the United States. “You’re also going to have a White House and federal government … who are absolutely committed to making it easier for companies to invest in the United States,” Obama said at the meeting, sending a clear and positive signal to potential investors.

Overall, the meeting was a meaningful opportunity to underscore the strong partnership between Korea and the United States and to discuss how to further promote the already strong economic relationship between the two countries.

As Korea becomes an Asian FTA hub and the importance of its economy rises in the global market, now is a good time for the government together with Korean companies to assess how they can better position themselves to more actively represent the country’s business interests in key markets.

My observation from my time working in the U.S. government is that while Korea’s biggest competitors were very visible in Washington, Korean companies were not.

In this regard, Amcham was pleased to hear the recent announcement that the Korean government, led by Ministry of Trade and Industry, plans to help strengthen Korean Chambers of Commerce in overseas markets to better represent the interests of Korean companies and strengthen trade and investment ties between host nations and Korea.

The announcement noted that Amcham Korea will serve as a benchmark for this effort, and we are proud to assist in this effort with our global network of sister organizations, a wealth of knowledge and resources, and our 60 years of experience in Korea. Thus, I would like to present some of the key functions of Amcham Korea that the government should consider in its efforts.

One of the most important functions of Amcham is that of representation and advocacy. As the largest foreign chamber in Korea, our primary function is to present the views and positions of our members to the Korean and U.S. governments and effectively advocate for the interests of member companies in the context of promoting mutual interests and partnership.

As host governments contemplate regulatory and policy changes that could affect the environment for Korean companies doing business there, this function of representation and proactive advocacy is especially important.

Another pillar of Amcham’s major functions is to promote partnership between the United States and Korea in trade and investment. For this purpose, Amcham focuses on engaging policymakers in both countries. Our Annual Doorknock mission to Washington is an excellent way to present the views of our members in Korea and persuade the U.S. government to support policies of mutual benefit.

In addition, Amcham briefs senior U.S. leaders when they visit Korea so they can have “on-the-ground” insights on how to further promote mutual interests between the two countries. Some of our recent successes through this effort include Korus FTA, bringing Korea into the U.S. visa waiver program and moving Korea’s foreign military sales status to the NATO +4 Level.

An equally important part of our work is to ensure that our organization is attuned to priority issues of the host government. For Amcham Korea, this means things such as trying to help boost employment, establishing trust with local SMEs for win-win partnerships, addressing issues in moving goods and people between countries, and concrete steps to promote closer economic ties.

As a foreign chamber, we also place a high value on being a good corporate citizens and good partners to Korea. Therefore, paying taxes and complying with rules and regulations, and operating under transparent and ethical procedures are the bottom line for our members doing business in Korea. Amcham not only emphasizes these as an organization, we also work within our committee structure to provide specific training and detailed discussion in these areas.

As exports become a larger part of the economy, strengthening Korean Chambers of Commerce in key partner countries can significantly benefit Korean companies operating overseas by acting as communication channels for expressing companies’ views and positions. At the same time, as the United States and other countries continue to welcome input from key foreign investors, it is important that Korean policymakers remain equally open to the views of foreign investors.