Something is not right

Something is not right 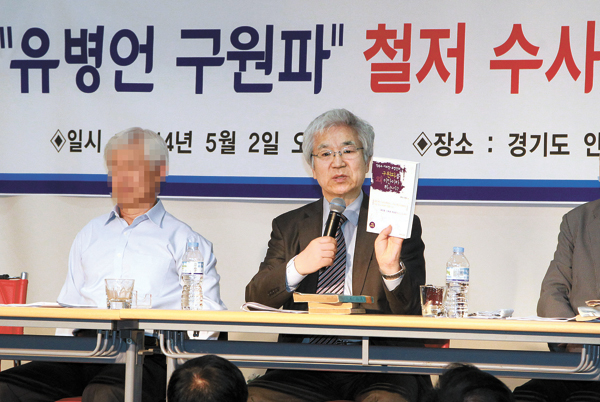 Recently, I spoke with two former captains who now own ships. They called me again, both concerned about how the investigation of the Sewol sinking was developing. “Chonghaejin Marine Company is a complete mess and amateur in a way, but on the other hand, they are astonishingly professional,” said one of the captains. They were worried that Korean society could be tricked by their heartless calculations. The following are excerpts from my interview with them.

Q. What would an experienced captain do when a ship starts to lean?

A. He must start the pump and fill up the ballast water as much as possible. Then a ship leaning more than 30 degrees could recover. Then he should “heel” the boat - shifting the ballast water from the tilting side to the other. I wonder if the Sewol ferry was heeled. The chief engineer who should have been pumping the ballast water ordered his engineers to escape at 9 a.m., only 10 minutes after the ship began to list.

Where should the captain and crew have been?

The rules of the sea are clear. When an accident occurs, the captain commands the situation from the bridge. The chief engineer must be present in the engine room at the bottom of the ship. The first officer should be at the scene, checking the damage and reporting via radio. When a “boom” sound was heard, just as this time, he should run to the cargo section. The second officer is in charge of communication and lifeboats, and the third officer must stay by the captain and repeat the commands out loud. None of the crew members held his position. All eight crew members were at the bridge, meaning they were only concerned with their own rescue and didn’t care about the ship or the passengers.

Then why do you think Chonghaejin is professional?

Immediately after the accident, Chonghaejin was obsessed with two things: they claimed the ship did not veer off course and they didn’t fabricate the cargo volume. The Sewol is involved in a complicated reinsurance policy with a British company, and a lengthy suit is inevitable. The ongoing prosecution investigation is only the beginning. When the ship is salvaged, the National Forensic Service and the British insurance company will investigate. The investigation would be based on U.K. admiralty law. According to the U.K. law, the insurance compensation depends on the intentionality of deviation from the route and seaworthiness. Chonghaejin seems to be well-versed in maritime insurance policies after handling frequent accidents so far. Since the accident, it seems to be following a thorough calculation.

What do you think is the intention of Chonghaejin?

It wants to take the profit on its own and share the risk with the society. Ships for overseas service are required to have a bill of lading, but coastal cargo is rarely insured. Chonghaejin may feel it will have to pay compensation for the 3,788 tons of cargo it was transporting. Also, it would get no insurance money for the automobiles on the ferry. Including rescue and salvage, that bill could easily add up to hundreds of millions of dollars. So, Yoo Byung-eon, the de facto owner of the company, declared he would contribute his “entire assets of 10 million dollars.” He is basically saying society will have to pay the rest.

How about the reaction of Korean society?

It may be too impulsive and emotional. Let’s look at the ban on school trips. After the Shiun Maru ferry sank in 1955, killing 168 elementary and middle school students on a field trip, the Japanese authorities encouraged school trips and built a swimming pool in every elementary school to prepare for an accident at sea. It is also important for the government to establish a disaster control tower and manual. But it is more important to honor them.

At the moment, we need to focus on the investigation and punishment of the captain and crew members of the ferry and Chonghaejin, who are primarily responsible for the disaster.

What is your opinion and reaction to the incident?

I am ashamed that Korea is the fifth-largest shipping country in the world. The day after the accident, rescue specialists from Europe and Japan came to Jindo at their own expense. They not only provided technical advice but also acquired know-how from the accident. That’s how internationally recognized rescue services and specialists are trained.

I want to clarify one thing. Two weeks ago, I pointed out that the minister of oceans and fisheries did not know about the sea. However, I was impressed that Lee Ju-young is staying at the scene, despite the criticism by the victims’ families. It is just horrifying to imagine former Minister Yoon Jin-sook giggling before the victims’ families.