Don’t rub salt in the wound

Don’t rub salt in the wound 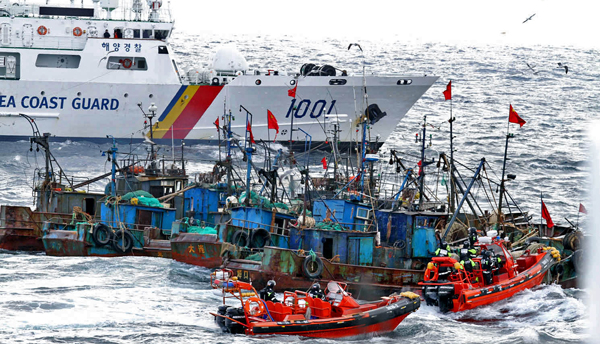 China is set to become the world’s largest economy this year according to the World Bank International Comparison Program’s analysis of purchasing power parities (PPPs). China’s rise was expected, but more interesting was China’s reaction. The country is reluctant to be called the biggest economy in the world, arguing that it is still a developing country, and that the GDP number based on PPP is not reliable.

China should be rejoicing that it will overtake the U.S. economy. But instead it is backing off. Just as China claims, it still has a long way to go in terms of per-capita income. But foreign experts say China is trying to avoid the responsibility that is expected of an economic power. It may want to avoid carbon emissions requirements, an increase in contributions to the United Nations and anti-Chinese sentiment. China reacted similarly during the 2008 global financial crisis. The United States called China and itself the G-2, hoping to work together for the global economic recovery. However, China refused to be referred to as a member of G-2, probably for the same reasons.

Asian neighbors have mixed feelings. They welcome the emergence of the world’s largest economy in the region, as they can benefit from China’s growth. However, the story is different when it comes to politics and diplomacy. Tensions are already high in the South China Sea over territorial rights between China and other countries. China and Vietnamese vessels recently clashed and China attacked with water cannons. Vietnam and the Philippines criticize China for using force to take over islands in the South China Sea based on groundless logic. To them, China is only a politically uncomfortable neighbor. Combined with the rivalry between America and China, the South China Sea is turning into a powder keg.

Korea is also involved in the situation. In the West Sea, Chinese fishing boats are operating illegally, taking advantage of slack control in the area as the Korea Coast Guard is busy dealing with the Sewol ferry tragedy. Fishermen in the region are furious with the Chinese boats for overfishing. It is not a neighborly thing to do when the entire country is grieving.

Tolerance is supposed to be a foreign policy principle, but it is nowhere to be found. The Chinese foreign ministry claims that it is hard to control their fishermen. Knowing the caliber of the Chinese police forces, this response is considered a lame excuse. If China is truly a powerful and great country, it must crack down on the Chinese fishing boats. That’s what we expect of a respectable No. 1 economy.

Just as the ICP analysis shows, China could overtake the United States and become the No. 1 economy in the world. But a giant that is not respected by its neighbors is nothing but a threat.