Back where they belong

Back where they belong 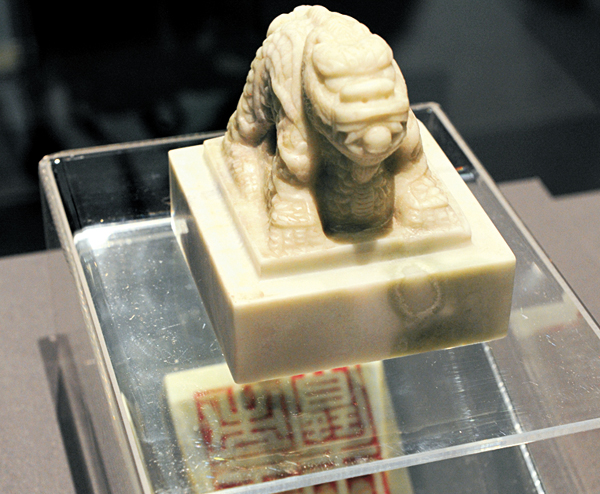 Royal seals from the Joseon Dynasty (1392-1910), returned to Korea by U.S. President Barack Obama last month, are shown for free at the National Palace Museum in Jongno District, Seoul, until Aug. 3. Pictured above is Hwangjejibo, used by Emperor Gojong when he appointed a government official. Eight other seals are also on display. [Cultural Heritage Administration]