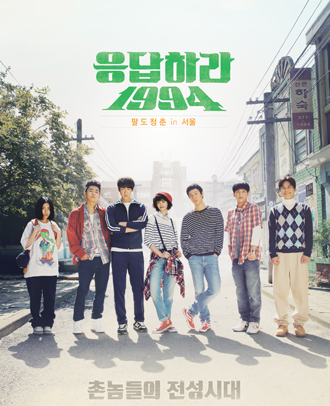 The tvN television drama “Respond, 1994” (2013) will release a high-definition DVD on May 28 after getting countless requests from the drama’s fans.

The DVD edition will include a narration book, chronology of Korea’s history in the 1990s, postcards, a photobook and 21 episodes of the drama. Shin Won-ho, the chief producer, put comments into the story, along with main actors Jung Woo, Go A-ra, Yoo Yeon-seok, Kim Sung-gyun and Do-hee of K-pop girl group Tiny G.

The last episode of “Respond, 1994,” received viewer ratings of 10.4 percent, which is considered extremely high for a cable drama series.

The vivid depiction of Seoul’s college town Sinchon in the 1990s evoked nostalgia from some viewers, who were once dubbed as “Generation X,” born in the early 1960s to the early 1980s.