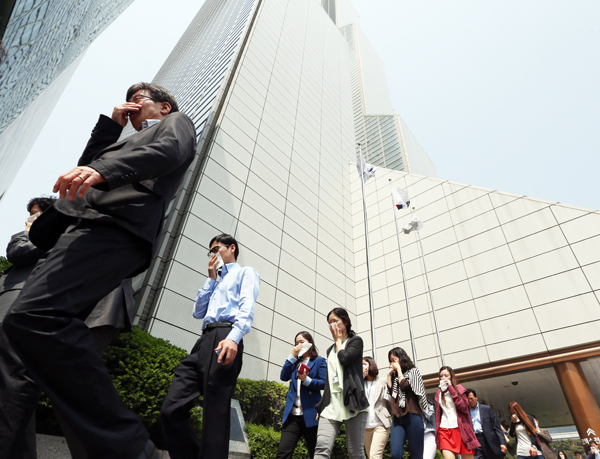 People rush out of the Trade Tower in Samseong-dong, southern Seoul, yesterday during a fire drill. Since the Sewol tragedy, companies and institutions have reinforced safety drills in case of an emergency. An estimated 9,000 people work at 201 companies in the 54-story Trade Tower and 41-story ASEM Tower. Samsung Group earlier this year announced it would invest 3 trillion won ($2.9 billion) in its safety environment department, while LG Group since last month has been checking safety equipment and holding drills. [NEWS1]