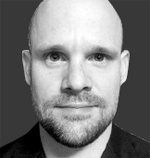 This is the first of a two-part column.

I remember the 2009 morning when I arrived in Seoul to start my new job. Besides feeling excited and nervous, I also noted with dismay an unappealing gray haze in the air, seemingly confirming my fear of living in a polluted megalopolis. Thankfully the air quality mostly improved over time. Korea in general and Seoul in particular deserve credit for implementing measures to reduce pollution from coal burned by power plants and industry, as well as emissions from cars and buses. Indeed, from 2009 to 2011, Seoul saw declines in atmospheric nitrate, ozone and particulate matter (PM10). Best of all, this happy story fits within even greater long-term progress: Seoul’s 2011 PM10 count was less than half of 2001 levels, while ozone, sulfate and nitrate concentrations also declined during the decade.

Sadly the story does not end here. Since 2011 air pollution levels in Seoul have been creeping back up. A comparison of data from the Korean Meteorological Administration illustrates the point. During the January-March period of the years 2009-11, an average total of 21 days had PM10 levels in Seoul considered unhealthy for sensitive groups (children, the elderly, etc.). This number jumps to 25 during the first quarter of the years 2012-14. That’s a 20 percent increase in days with polluted air. As many have noticed, 2014 has been especially bad: the first three months of the year in Seoul had 29 days with unhealthy PM10 counts.

Think about that for a moment: it means that Seoulites have now spent an entire month of 2014 breathing harmful air. Exposure to these pollutants causes a range of health problems, especially cardiac and respiratory disease: breathing difficulties, asthma attacks, acute bronchitis, decreasing lung function, lung cancer, heart attacks, and premature death. As much as I dislike it, this year I have routinely had to instruct my daughter’s nursery workers to keep her inside in order to protect her immature, still developing cardio-pulmonary system.

So what happened? The short answer is: China’s breakneck industrialization and modernization. In recent years China has been constructing an average of two coal-fired power plants per week in order to fuel the industrial expansion that our globalized world has demanded. China also has voracious refining and smelting sectors, and countless industrial boilers, the vast majority of which use safe, cheap, dirty coal as a power source. Finally, as more Chinese have moved into the “middle class,” they have started driving more, and unfortunately Chinese gasoline is rarely refined to a clean-burning standard.

Depending on season and weather patterns, Chinese atmospheric pollution migrates to Korea - hence the increase in Seoul’s dirty air days. Numerous studies show that on average 50 percent of particulate matter in Seoul originates in China. In fact, most of the Korean Peninsula is now affected by particulates arising from cities in eastern China. Nor is Korea the only affected country. China is the source of 40 percent of PM2.5 in Tokyo and 60 percent on Kyushu, while 10 to 20 percent of Japan’s springtime smog comes from China.

China’s neighbors have started to wake up to this problem, and politicians are beginning to acknowledge the need to respond. Seoul Mayor Park Won Soon recently returned from a trip to Beijing, where he met with Mayor Wang Anshun and discussed coordinating efforts to monitor and improve air quality. In theory this was the first step toward the signing of a memorandum of understanding that will institutionalize deeper bilateral metropolitan cooperation on air pollution. And this week, ministerial representatives from Korea, China and Japan focused on transboundary air pollution at the Tripartite Environment Ministers Meeting in Daegu.

I applaud these efforts, but they are insufficient. Seoul-Beijing mayoral summits are nice, but bilateral collaboration between municipalities is too weak to cause real change; cooperation at the level of national governments is necessary. And unfortunately, the recent environment ministers meeting yielded no mitigation measures at all, settling instead for rhetoric, “action plans,” and data sharing. These types of inexpensive efforts - better monitoring and communication, exchanging best practices, etc. - are too little too late.

We have reached a point where bold, large-scale and expensive solutions are needed. Most of the air pollution is caused by emitted sulphates and nitrates, which “scrubbers” (flue gas desulferization) and SNOX processing can remove at a 90 percent rate from power and industrial plants. In major Chinese cities, about 25 percent of PM2.5 comes from motor vehicle emissions, which could be lowered drastically by higher quality fuel refining. In fact, all of this is well known by the Chinese government. The problem is the cost of scrubber installation in industrial facilities and higher fuel prices for better refined products. China’s leadership has calculated that the costly environmental measures necessary to improve the air pollution problem are a threat to economic growth and thus to political stability. Thus it will not spend enough to truly mitigate the problem.

Thus, as unpopular as it may sound, Korea and Japan should help China pay for the measures to improve air pollution. In part two of this column, I will explain how much China’s neighbors should contribute and why there are good reasons that they should do so.

*The author is associate professor of politics in the Graduate School of International and Area Studies, Hankuk University of Foreign Studies.