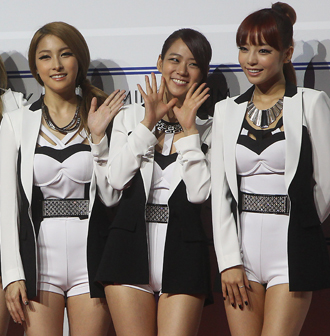 Enraged fans of K-pop girl group Kara are planning a boycott of the group, after learning the agency DSP Media’s plan to recruit new members through a TV competition.

Shortly after DSP’s announcement on Monday, the group’s fans criticized the move on online fan communities, saying that they haven’t even moved on from Kang Ji-young and Nicole Jung’s departure.

“Ji-young and Nicole are still members of Kara…it’s quite annoying to see the news of picking up new members,” commented a fan yesterday on an online news outlets, under the article that teased an image of So-jin, who would be the trainee to take part in the recruiting audition on May 27.

Rising criticism alarmed the agency as well. “We do know that many fans still wanted the five girls to reunite on stage,” said a DSP official to local media, “Seung-yeon, Gyu-ri and Ha-ra are going to have some talks with their supporters on May 24 at a fan meeting event. Please wait for a moment.”

The recruiting audition for Kara’s new member is part of DSP’s collaboration with MBC Music channel. During the final episode, fans will be able to take part in the selection by mobile phone voting.