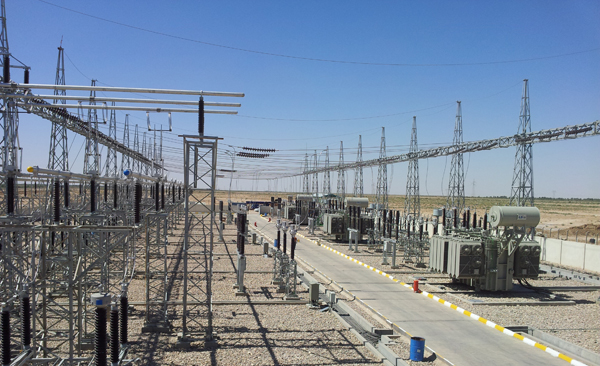 An existing electricity infrastructure established by LSIS in Iraq. Provided by the company

The deal was signed in Lebanon on Tuesday with Iraq’s Ministry of Energy. The affiliate of LS Group said it is the largest single contract in the world for AMI projects.

LSIS said it will establish 19 AMI centers in Iraq, each equipped with technologies that manage meter data, billing and customer relations.

It also will supply 110,000 smart meters - devices that track energy consumption in more detail than a conventional meter - at power transmission centers in Iraq. The transmission centers then will share all relevant information with the power distribution control center to simplify smart grid management.

In 2011, LSIS became the first non-European company in 60 years to win an electric infrastructure project in Iraq. Last year, it was awarded a distribution control center project.

From 2011 to last year, the company said its revenues in Iraq exceeded $444 million.

“The Iraqi government strongly believes it needs to adopt a smart grid system as it rebuilds its electricity infrastructure,” said Kim Jong-han, who leads the smart grid business at LSIS.

“We expect to see more growth in the second quarter,” the company said in a statement. “We will focus our efforts on South America, the Middle East and Africa, where power transmission and transformation investment is expected to expand.”