Alleged drone confirmed to be just a broken door

Alleged drone confirmed to be just a broken door 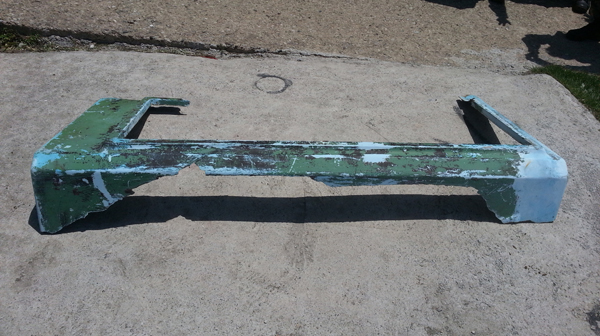 A piece of a broken door found yesterday in southern Seoul was mistakenly reported as a drone. [NEWS1]

A piece of a broken door found yesterday on a mountain in southern Seoul was mistakenly reported as an unmanned aerial vehicle (UAV), authorities said. The discovery comes amid public concern surrounding three drones found in the country more than a month ago that were later confirmed to be from North Korea.

South Korean military officials confirmed yesterday that the unidentified object found on Mount Cheonggye, southern Seoul, was not part of a drone at all, just a remnant of a broken door.

Authorities said a hiker found the object - which was blue in color and about 130 centimeters (51 inches) long - on Tuesday inside a restricted military area.

The civilian reportedly took a photo and sent it to police.

The spot where it was found was apparently rocky and dangerous for hikers, authorities added.

The military checked the photo transferred from police and sent investigators yesterday to the area, where they confirmed that it was not a drone.

The object was similar in color and shape to the three UAVs discovered in March and April in Paju in Gyeonggi, Baengnyeong Island in the Yellow Sea and Samcheok in Gangwon.

The three drones were all confirmed to have been sent from North Korea for the purpose of spying on the South, particularly given their flight paths and the digital camera memory cards found inside them that contained photos of the Blue House and important military units near the western frontline islands.

Since then, the military has received 82 reports from civilians about potential drone discoveries, though all of them have turned out to be mistaken, authorities said.

The military added that a senior official had initially informed reporters about the recent discovery without first verifying the facts.