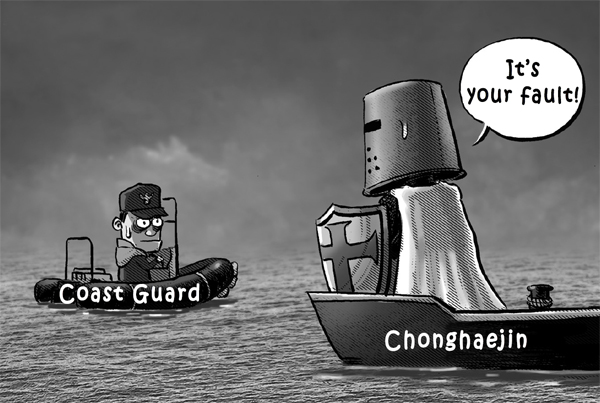 In a press conference yesterday, a spokesperson of a maverick Christian sect founded by Yoo Byung-eun, the de facto owner of the Sewol operator Chonghaejin Marine Company, said the Coast Guard is responsible for the tragic death of hundreds of passengers.