It’s all about appointments

It’s all about appointments 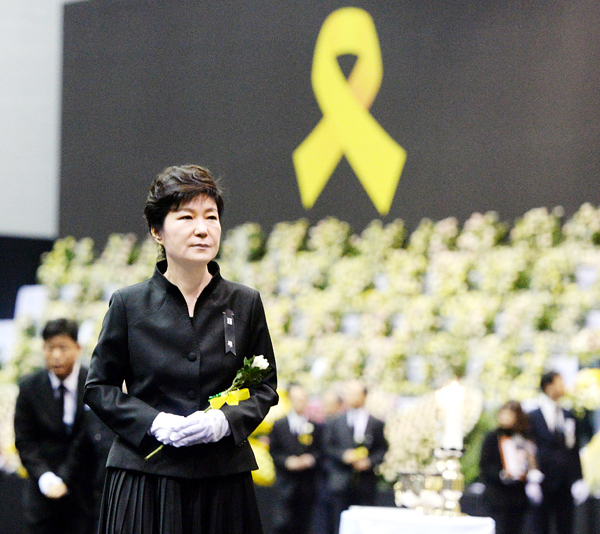 “Pardon me, but despite the mourning and self-reflection after the Sewol ferry accident, not much has changed in Korea,” said Mr. A, a foreign instructor teaching at a college in Korea. He cited jaywalking, reckless driving, line cutting and use of vulgar language. Each individual needs to improve his behavior to change the nation, but no efforts seem to be made.

His argument reminded me of President Park Geun-hye’s national reform plan. When the president pledged to remodel the nation not long after the tragedy, I was skeptical. The president must have had her reasons for bringing up such a grand topic, but it didn’t sound right. National reform may sound fancy and reasonable, but it doesn’t specify what and how. Sure enough, the Blue House staff called a senior secretarial meeting for the first time on a holiday to devise details of the plan, but they have yet to identify clear solutions. It is pathetic that they are still struggling to come up with specific ideas that fit the greater frame of establishing a national safety system and rooting out bureaucratic mafias.

Just as Mr. A suggests, changing individual attitudes is the answer. And it can start with the president. She should make an example and change herself. Here, “what” and “how” are relatively easy. She should change her reluctance to communicate and make herself more accessible. Citizens furious about the Sewol accident condemn a president who does not communicate with the people. At a time when the president should bring the nation together, she has aggravated the discord. Communication would improve the situation.

She can change the things that she can. The main complaint has been her closed appointment style. She should make reasonable appointment decisions. The change is up to her. The president knows better than anyone that she should follow common sense. She has already mentioned ways for improvement. During the election campaign, she spoke of “100 percent Korea,” and after her election victory she promised to eradicate “appointments from the top.” When the transition committee was formed, she said, “A president cannot do everything, and it is best to entrust authorities to appropriate positions.” If she had kept any one of her words, the lack of communication would not be an issue.

But in reality, she said one thing and did another. She likes to appoint people with military, legal and bureaucratic backgrounds. Some joke that her appointment style is “soldiers on the left, lawyers on the right, bureaucrats in the middle.” The regional consideration that had been made in the past administration could not be found. So her 100 percent Korea pledge became an empty promise. The “parachutes” were suspended only when she was criticized. They were mostly sent when the media was not paying attention, such as during the holiday season.

The Park administration is slyer than past administrations. While she vainly promised to make sure the prime minister and ministers are accountable for their duties, not much authority has been delegated, and she personally made director-level appointments. Many ministers just waited for the president to make a decision. It is only natural that the lack of communication became her trademark.

Open appointments can start by embracing the anti-Park figures. There have been countless examples of politicians promoting opponents. Her father, Park Chung Hee, was called the “master of appointments.” Choi Du-son, president of the Donga Ilbo, reported on Park’s involvement in the South Korean Workers’ Party and put him in an awkward position during the 1963 presidential campaign. But he appointed Choi prime minister to avoid the “red offensive” of the National Assembly.

President Kim Dae-jung similarly appointed rightist figures to be the unification minister and chief of the National Intelligence Service and had them advocate the Sunshine Policy. Thanks to the wise appointment decisions, Kim overcame the “red complex.”

Park’s predecessor, Lee Myung-bak, appointed Yu Jeong-bok and Choi Kyung-hwan, supporters of Park, as agricultural minister and minister of knowledge economy. President Lee was criticized for favoring those with regional, religious and academic connections. Even Lee could do it, so why not Park?

She could make the drastic decision to promote a member of the opposition party as her minister, prime minister or chief secretary.