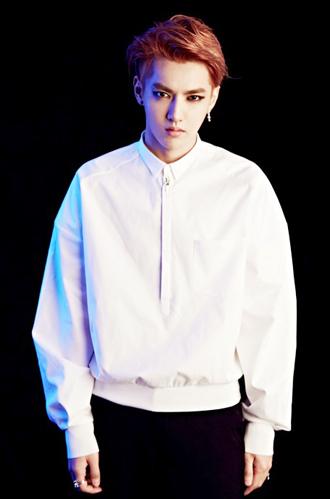 Kris of Exo-M, the Chinese subgroup of the leading K-pop band Exo, took legal action yesterday against his agency, SM Entertainment, according to local media. He submitted an application for a provisional disposition to terminate the validity of his contract with the company to the Seoul Central District Court. The paper was submitted under his Chinese name, Wu Yi Fan.

“We are trying to check the details of the lawsuit and understand the situation at the moment,” said an official from SM Entertainment to local media, adding that it will do its best to support the group’s promotion of its newly released album, “Overdose.”

Exo has pursued activities both in Korea and China, divided into the subgroups Exo-K and Exo-M. Last weekend, the 12 members performed together in a comeback show in Shanghai. The group is scheduled to stage its first solo concert at the Seoul Sports Complex, southeastern Seoul.