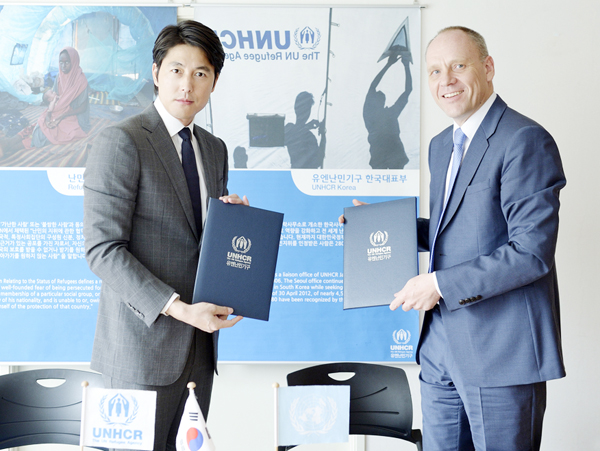 The Office of the United Nations High Commissioner for Refugees (UNHCR) yesterday revealed that it has appointed actor Jung Woo-sung as an honorary advocate in Jung District, central Seoul, last month.

It is the first time a Korean celebrity has worked with the agency.

“The UNHCR hopes Mr. Jung can help raise awareness of the refugee problem around the world in Korea,” said Dirk Hebecker, UNHCR’s representative in Korea.

“I was very surprised to hear that there are more than 45 million refugees who have problems seeking shelter. I am very grateful that I can contribute to help those people,” said the 41-year-old actor.

Jung’s first project will be filming a public service announcement video to mark World Refugee Day, which falls on June 20.

As of March, more than 7,000 refugees sought asylum in Korea, but only 380 were given the rights to settle down here.