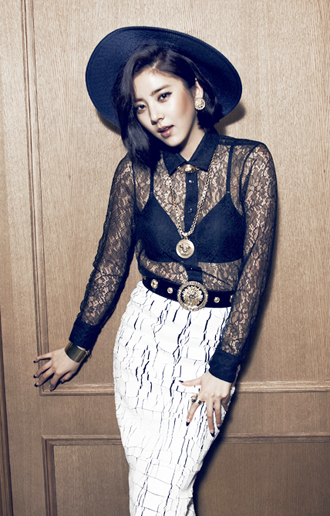 Singer and actor Son Dam-bi, 30, is considering a return to acting for the upcoming KBS family drama tentatively titled “We Are Family!”

According to multiple local media sources, the production team offered Son the role of a food stylist named Kwon Hyo-jin, one of the main characters in the series.

“We’ve had an extensive talk with Son Dam-bi about the drama. Currently, we’re working on arranging a detailed schedule,” the broadcasting official told local media yesterday. “As it is her first weekend drama, Son has been doing some acting training.”

After debuting in 2007 as a singer, Son has been actively engaged in the entertainment industry. In September 2008, her dance sensation “Crazy” swept the K-pop scene.

In November 2011, Son starred in the MBC drama “Lights and Shadows,” which won her the Best Actress Award from the MBC annual Drama Awards the next year.

“We Are Family!” will air in August after the current series “Wonderful Days” wraps up.