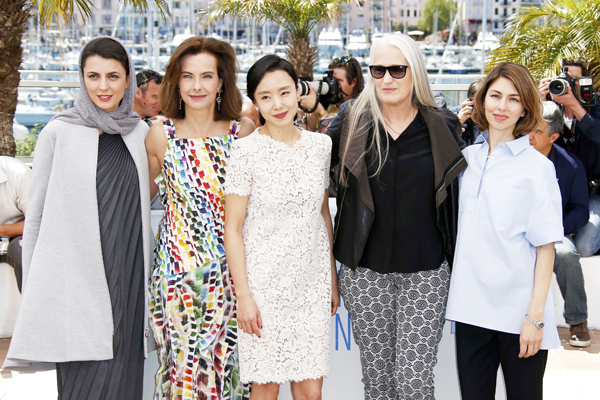 CANNES, France - The scarcity of female directors in the film industry is “undemocratic,” the head of the Cannes film festival jury Jane Campion said on Wednesday, speaking out against sexism in the business that keeps many women’s films out of view.

The comments by Campion, the only woman to have ever won the festival’s prestigious Palme d’Or prize, came on the opening day of the 12-day event on the French Riviera, which in years past has been criticized for not presenting enough films made by women.

“I think you’d have to say there’s some inherent sexism in the industry,” Campion told journalists and film critics at a jury press conference in advance of the screening of the festival’s opening-night film, Olivier Dahan’s “Grace of Monaco.”

“It does feel very undemocratic and women do notice,” she said. “Time and time again, we don’t get our share of representation.”

But out of 18 films, only two by female directors are in the running for the Palme d’Or - “Le Meraviglie” (The Wonders) by Italian director Alice Rohrwacher and “Futatsume No Mado” (Still the Water) by Japan’s Naomi Kawase.

The fact that Cannes named a mostly female jury “does not mask the reality that the film industry, like many others, remains a male bastion despite some progress by women,” she told Reuters.

“There are still many gaps in the industry where women are under-represented,” Roscoe said.

The fact that the jury composition this year became so talked-about in the industry highlighted the discrepancies, she said. Women are routinely featured on the festival’s posters and often take pride of place as lead characters, such as this year’s “Grace of Monaco” starring Nicole Kidman.

What is lacking in cinema today, Campion said, is the stories that women tell.

“It’s not that I resent the male film making, but there is something that women are doing that we don’t get to know enough about,” said the director of “Sweetie” and “The Piano.”