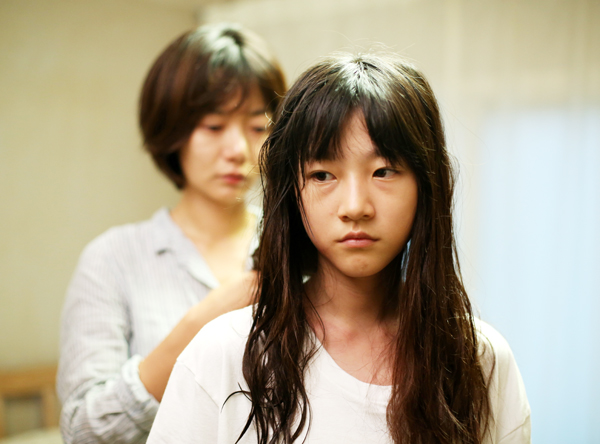 Bae Doo-na will make a comeback to Korean cinema with “A Girl at My Door” (Dohee-ya) this month. The film made this year’s Cannes’ official selection, or Un Certain Regard, and is one of the three Korean films invited this year.

Bae, 34, who has spent the last few years working on Hollywood films, from “Cloud Atlas” (2012) to “Jupiter Ascending,” (2014), takes on the role of a policewoman named Young-nam who is transferred from Seoul to a seaside town.

Although she tries to remain low-key at the request of her superiors, Young-nam starts rocking the boat in order to protect a young girl named Do-hee (Kim Sae-ron) who is being abused by her stepfather.

Director July Jung said she was thrilled to have her first feature “about lonely people” screen at Cannes.

“I wasn’t expecting this at all, even now it doesn’t feel real,” Jung said.

For Bae, who said she labors over every script pitched to her, “A Girl at My Door” was a no-brainer. “I was won over in record time,” she said, attributing time spent abroad for being able to relate to the loneliness that pervades the film.

“I fell for this Do-hee character, and regardless of who would be playing [her], I wanted to be there supporting her.” The film opens May 22.