Xi set to visit Seoul before he goes to Pyongyang

Xi set to visit Seoul before he goes to Pyongyang 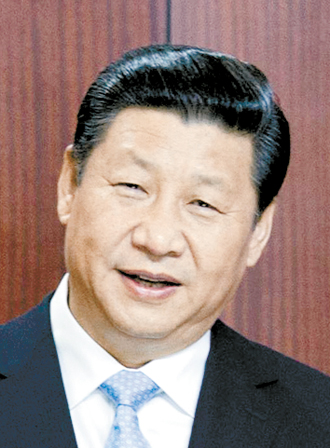 If Xi visits Seoul, it would be the first time in 19 years that a Chinese leader came to South Korea before visiting North Korea, an ally of China.

“To arrange the schedule of President Xi’s visit to Seoul and the agenda for discussions, Minister Wang is planning to come to South Korea at the end of this month,” a Seoul official said yesterday. “As we proposed, Wang is likely to stay in the country between May 26 and 28. Even if it is rescheduled, it would not be later than this month.”

An official at the South Korean Ministry of Foreign Affairs also said, “Both countries are discussing the agenda for a summit between the presidents of South Korea and China. During Wang’s visit, the range of topics will basically be decided.”

This will be the first time Xi visits South Korea as president of China. He came to Seoul in 2009 as the vice president. Seoul officials are closely watching Xi’s upcoming visit, particularly because he appears to have no plan to visit North Korea before it.

There seems to be little chance that Xi would visit Pyongyang amid international concerns about a fourth nuclear weapons test by North Korea, which Beijing publicly condemns along with the UN Security Council.

“Although communication channels between Beijing and Pyongyang are continuously working now, it appears to be very unlikely for Xi to visit Pyongyang within one or two months in a situation in which North Korea is threatening to carry out a fourth nuclear test,” the Foreign Ministry official said.

In 1995, then-Chinese leader Jiang Zemin visited Seoul ahead of Pyongyang, when diplomatic ties between the two Communist allies were strained after South Korea and China established diplomatic relations in 1992.

After that, late North Korean leader Kim Jong-il made visits to China in May 2000 and January 2001 and Jiang visited Pyongyang in September 2001 after the inter-Korean summit was held in June 2000. In November 2005, Chinese President Hu Jintao paid a visit to Pyongyang just a month before visiting Seoul, apparently to balance diplomatic relations with his close ally. Seoul analysts and officials point out that North Korea’s new leader Kim Jong-un has not been visited by a Chinese president since he succeeded his father in December 2011.

While South Korean President Park Geun-hye had three summits with Xi so far - in Beijing in June 2013, Bali in October of that year and in the Netherlands last March - Kim Jong-un has not been invited to Beijing since he became the North’s leader.

“While Seoul and Beijing have steadily transformed relations from enemies during the Cold War to the current strategic partnership, North Korea has not had high-level interactions with China under the rule of Kim Jong-un,” said Jo Yang-hyeon, a professor at the Korea National Diplomatic Academy.