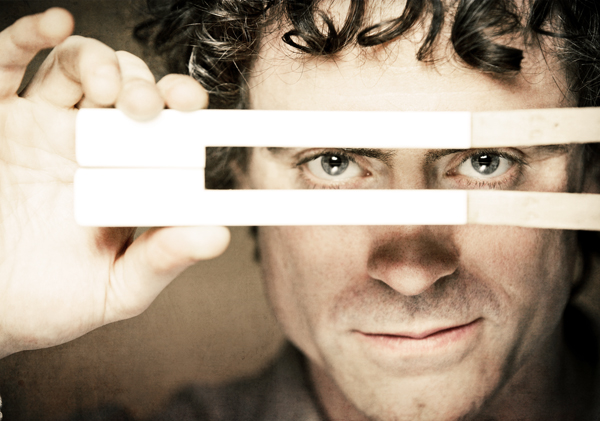 English pianist Paul Lewis will be joining the Czech Philharmonic Orchestra under the baton of Jiri Belohlavek on May 27 at Seongnam Arts Center in Gyeonggi. Provided by the organizer

It’s unusual for a young boy from England to have an interest in classical music, especially when he’s not from a musical family.

But young Liverpudlian Paul Lewis spent his free time at the library around the corner from his house, which was stocked with classical records. He went to listen to his local orchestra concerts and was naive enough to think as a young boy that the Royal Liverpool Philharmonic Orchestra was the best orchestra in the world.

Eventually, he grew up to be one of the leading pianists of his generation. He received internationally recognized awards such as the Royal Philharmonic Society’s Instrumentalist of the Year Award, the South Bank Show Classical Music Award, the Diapason d’or de l’annee and the 25th Premino Internazionale Accademia Musicale Chigiana in Siena, Italy. And the list goes on.

Lewis, 42, is returning to Korea for the first time in two years to perform under the baton of Jiri Belohlavek with the Czech Philharmonic Orchestra on May 27 at Seongnam Arts Center. The concert in Seongnam, Gyeonggi, is the first of the collaboration’s Asian tour before moving on to Hong Kong and China.

Prior to his upcoming concert, the Korea JoongAng Daily interviewed him by phone.

“I joined the library, and I used to take out a lot of free records every week,” said Lewis. “So I got to know a lot of music this way. It was certainly my own thing.”

“There was no music really at home,” he continued. “It was something that I felt I wanted to discover for myself, but I don’t know what led me to that point.”

The British newspaper The Telegraph described Lewis as a “virtuoso who came up the hard way.”

“I think [the media] say that because I come from a very normal working class background,” said Lewis. Lewis was born in Huyton, Liverpool, the son of a dockworker.

“I don’t come from a privileged background where these things would’ve been more easily accessible to me. It wasn’t a deprived background at all but just very normal.”

Lewis said he wanted to learn piano but first started off learning cello as there was no piano teacher at his school. But he was “terrible at playing the cello,” he said, and was “determined to learn the piano somehow.”

It was relatively late, according to Lewis, but he finally got to learn piano at the age of 12. He now tours around the globe with renowned orchestras, something that he believes he is “cut out for.”

“In terms of being cut out [to be a pianist], it’s not only about you and your music or you and your instrument,” said Lewis. “It’s about whether you can deal with the whole life that comes with it. It can be tough, but so far, I do enjoy it.”

Lewis describes himself as a musician who tries “not to get in the way of music.”

“I try not to stand between music and the listener,” he said. “I’m not someone who feels that I need to walk out and let everybody notice me. I want people to notice the music. So that’s how I approach it. I don’t do crazy things on the platform. I won’t jump up and down and that kind of things. It’s just about the music and I try not to distract from them.”

As Lewis himself chose classical music as his lifelong career, he believes educating young children through strong music programs as well as exposing them to classical music is important to build a future audience for a genre of music that is rapidly dwindling in popularity.

“If someone has been inspired by music early on in their life, it comes back,” said Lewis. “It stays with them and this is the future audience. So I think we have to think very carefully how we present music to children.”

“My hometown runs a little chamber music festival in the summer. We also do a schools concert for children. We thought about how to present music to children and decided to just play them certain movements that were playing in the festival anyway,” Lewis explains.

“The results were really incredible. We played them very serious music and they listened. These are 8-year-old kids and they understand it. What they say about it tells us that they really heard what it’s about.”

Lewis will play J. Brahms’ “Piano Concerto No. 1 in d minor” at the Korean show.