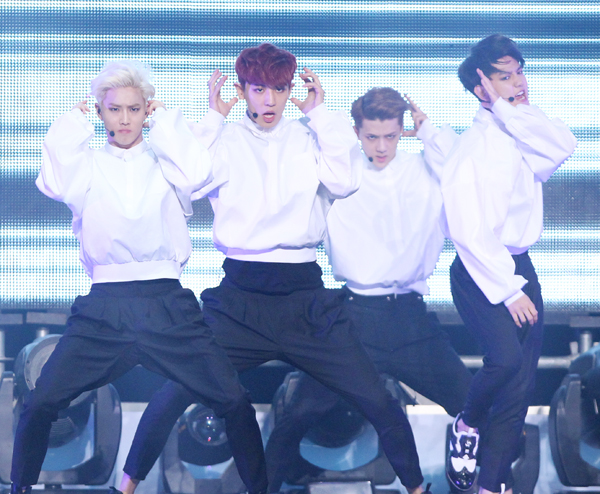 Exo’s musical career reached a peak last week, according to local media, with the boy band ranking No. 1 on both Chinese and Korean live music programs.

This is the first time the two subunits have received top honors simultaneously for the same song.

Last week, Kris, one of the members of Exo-M, filed a lawsuit against his agency, SM Entertainment, to nullify his contract. The Chinese sub-group will continue with their upcoming schedule with the band’s remaining five members.