Employees of Samsung give buffalo to Vietnam

Employees of Samsung give buffalo to Vietnam 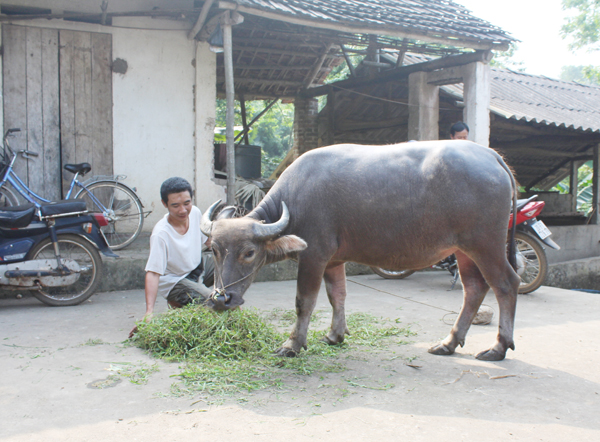 A farmer in Thai Nguyen Province in Vietnam feeds a water buffalo donated by Samsung Group. Provided by the group

The water buffalo, purchased for 80 million won by workers who have joined the group in the past two years, were given to 80 local farmers in Thai Nguyen Province in Vietnam, the group said. Water buffalo are a common type of livestock in Vietnam and is used for plowing and can be eaten.

The donation is part of a social corporate responsibility program that the group is implementing with Global Civic Sharing, an international aid coordinator. It will be Samsung’s first donation since the partnership began in November.

Under the program, new Samsung Group employees donate money in return for a wristband, called a pride band, during an annual gathering and buy water buffalo to give to farmers in Vietnam. The group plans to donate 40 more buffalo by next year.

In a related aid program, Samsung invited four village chiefs from Thai Nguyen province to Korea so they could learn farming techniques and eco-village management at the Canaan Farmers School in Wonju, Gangwon, for six days through Saturday. The leaders will help the farming villages that receive water buffalo, the group said.