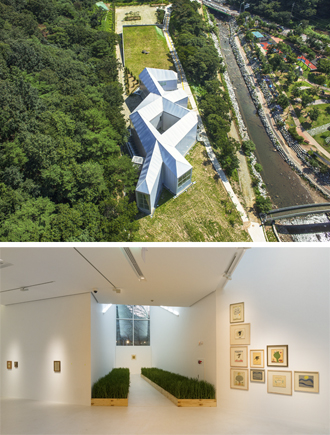 The museum, built on a site of 6,204 square meters, has two stories above ground and one story underground, whose total area reach 1,851 square meters.

Its exterior and spaces have restful ambience and make harmony with the surrounding nature, in accordance with the aesthetics of Chang, who made cheerful half-representational, half-abstract paintings in which humans play with nature like trees, birds and the sun and the moon.

Kim Swoo Geun Foundation has been granting the prize annually since 1990 in memory of Kim (1931-86), one of the most important modern Korean architects.

This year’s award ceremony will be held on June 14 at Arko Art Center in central Seoul.