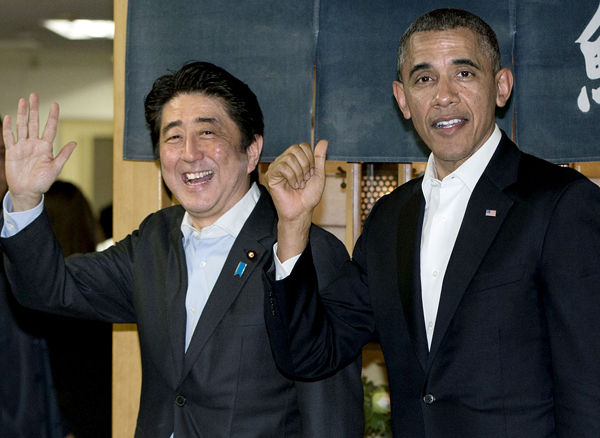 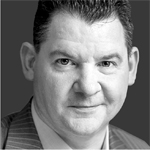 When Nouriel Roubini ranks the geopolitical flashpoints that could rock global markets, Russia’s Ukraine adventure doesn’t top the list. Nor do the nuclear programs of Iran and North Korea, nor the “arc of instability” from the Maghreb to the Hindu Kush.

Dr. Doom’s No. 1 worry? China, which is more than confirming his fears as it bullies smaller Vietnam and the Philippines over disputed territories in the South China Sea. Bloody riots have erupted across southern and central Vietnam after China deployed an oil rig near the Paracel Islands last week and started drilling. Angry and disoriented as they are, officials in Hanoi face a stark reality: In Asia, there’s no recourse, no NATO-like institution to referee or tamp down international tensions.

Thais face a similar realization, for very different reasons. As yet another government unravels and protesters fill the streets, officials have nowhere to turn for support or advice. The best the Association of Southeast Asian Nations, or Asean, could muster at a weekend summit was to urge a “peaceful resolution” in Bangkok.

The lack of a respected and impartial regional institution is a key reason why Roubini has doubts about Asia’s stability. The need for one has rarely been greater.

It should worry the world that Raytheon, Northrop Grumman and the rest of the U.S. military-industrial complex are rushing to Asia to profit from its arms race. Meanwhile, Japan’s Self-Defense Forces are experiencing a recruitment surge. In the land of the salaryman, the National Defense Academy isn’t traditionally a route to the top echelons of business or government. Yet it’s seeing the biggest spike in applications in 26 years as a deepening territorial dispute with Beijing fuels national pride. This comes at a time when Prime Minister Shinzo Abe is reinterpreting Japan’s pacifist constitution, enabling Tokyo to deploy troops overseas to help allies in trouble.

Does that mean Abe would send soldiers to the Philippines if China encroached further on territory disputed by the two countries? It’s always a possibility. The even bigger question is how Barack Obama reacts if China and Japan come to blows near islands Japanese call Senkaku and Chinese call Diaoyu. Obama delighted Abe in Tokyo last month when the U.S. president warned China that the U.S.-Japan defense treaty covered the islands, which are administered by Japan.

But Obama is dreaming if he thinks the two Asian powers can peacefully resolve their disagreements on their own. This is a blood feud 80-plus years in the making. Japan’s invasion of Manchuria in 1931 and the 1937 Nanjing Massacre, a tragedy all too many of Abe’s cronies prefer to deny, occurred before Obama’s mother was born. This cluster of uninhabited rocks is a proxy for China’s wartime humiliation and Japanese resentment over a postwar order that some believe unfairly maligned their nation. Neither side will relent.

The risk of gunfire is rising by the day. The year ended in March saw a record number of Japanese fighter jets scrambled against Chinese aircraft. In total, Tokyo deployed jets 810 times, up from 567 the previous year. All it takes is one midair collision. The same goes for the fast-increasing number of ships navigating disputed waters. A single mishap, overreaction or misperception would change the geopolitical calculus at Obama’s Pentagon.

That’s why building an intergovernmental alliance to devise codes of conduct, and provide a forum to defuse tensions and contain military conflict, should be the cornerstone of Obama’s Asia pivot. Asean, let’s face it, is out of its depth, leaving members Brunei, Malaysia, the Philippines and Vietnam to try settling disputes with Beijing on a bilateral basis. Thais, meanwhile, are on their own amid domestic chaos, the economic effects of which could go regional. The Asia-Pacific Economic Cooperation group is a lame talk shop all its own.

Obama should take ownership of the idea - which admittedly has been debated fruitlessly for years - and offer to host a regional summit to get the ball rolling. Or, the White House should prod the United Nations to take the lead. The body can’t be framed as an anti-China bloc, as officials such Shigeru Ishiba, the No. 2 official in Abe’s governing Liberal Democratic Party, have suggested. Only if China believes its voice is equal to all others will it sign on.

Even then it’s hard to feel optimistic about the chances of success. Bringing Asia together will require epic amounts of brinksmanship and political capital on both sides of the Pacific. But if Obama succeeds, he’ll do more than help the Roubinis of the world sleep better at night - he’ll earn that Nobel Peace Prize once and for all.