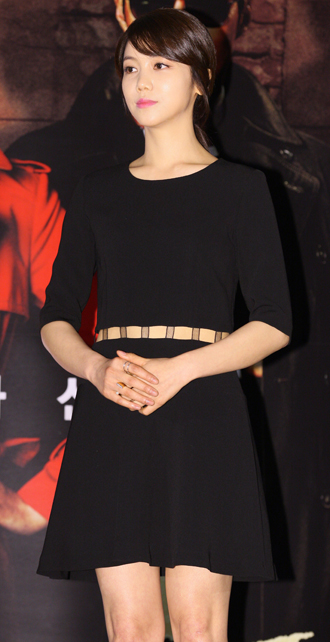 Following the recently ended drama “Secret Love Affair,” where actors Kim Hee-ae and Yoo Ah-in depict corruption in the art industry’s high-class circles, JTBC’s Monday to Tuesday 9:50 p.m. time slot will be filled with a new drama based on a different social hierarchy.

Written by famed scriptwriter Kim Woon-kyung of “The Moon of Seoul” (1994) and produced by Lim Tae-woo, the follow-up drama “Yuna’s Street” will trace the heartwarming story of people who fall under a far humbler class.

With a multiplex house as a backdrop, the story starts when an unemployed but pure-spirited young man, Chang-man, played by Lee Hee-joon, moves in.

The residence is home to people like an ex-mobster, a call girl and a day worker, including female lead Yu-na (Kim Ok-bin), who used to be a pickpocket but now is a part-timer at a coffee shop.

People living at the residence may not have that much to boast about, but they are the brightest and warmest of people who live their daily lives to the fullest.

Residing together under the same roof, they come to understand each other and mend their past wounds.

“Viewers will be able to find a little bit of commonality with the drama’s characters and sympathize with them,” said the producer, Lim, at a press conference held at Hoam Art Hall in Sunhwa-dong, central Seoul, on Wednesday.

“The drama’s scriptwriter Kim Woon-kyung has the deepest understanding of human society. She also shed her adoration toward people in the latest drama,” Lim continued.

Actress Kim said she learned her pickpocketing skills from a real ex-pickpocket to better understand her role.

“I [originally] thought the job was solo work but was surprised that it was a very systematic process. Also, I wasn’t aware that pickpockets could so discreetly rob a large amount of money at once,” said Kim.

Kim’s counterpart, Lee, said that his character is a very competent man, even though he doesn’t have a job.

“I am a little more narrow-minded than Chang-man in real life,” Lee laughed. “But being optimistic about everything is something we have in common.”

When asked about the pressure for the program to be successful because “Secret Love Affair” was such a big hit, Lee said that although he, too, was a huge fan of “Secret,” he tried to “transfer the pressure into focusing more on the drama.”

“I tried not to be aware of the pressure,” agreed Kim. “Reflecting the humane side of society is the biggest weapon of our drama.”

Other cast members include Lee Moon-shik, who will play the ex-mobster, and Seo Yoo-jung, who dreams about turning her life around by meeting a rich guy.

The first episode of the Monday to Tuesday drama aired yesterday at 9:50 p.m. on JTBC.