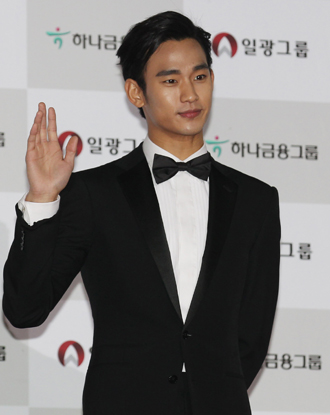 Heartthrob Kim Soo-hyun of the SBS drama “My Love From the Star” ended his Asian fan-meeting events on a successful note, according to local media reports yesterday.

Tokyo, where some 4,000 fans reportedly gathered to get a glimpse of their favorite star, was his last stop on Sunday.

“Finishing the tour feels like finishing the production of another drama,” said 26-year-old Kim. “Although I had a lot of shortcomings during the events, I am very thankful for the warm welcomes and all the great memories I was able to make from it.”

According to the actor’s agency Keyeast, every fan meeting he has held since March 16 in Seoul has sold out. Fans in European countries and the United States are continuously making requests for appearances from the actor, according to his agency.

Kim plans to take a break from the spotlight to focus on finding his next project.