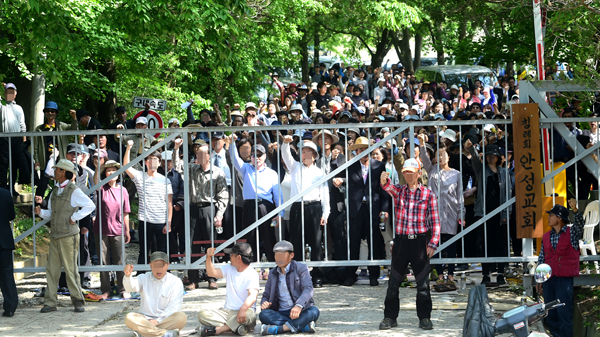 Hundreds of adherents of the Evangelical Baptist Church, founded by the de facto owner of the overloaded and doomed Sewol ferry, declared war on authorities trying to track him and his family down. 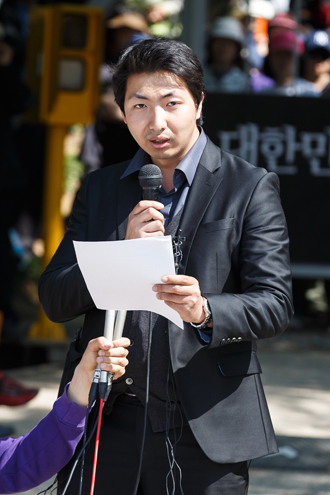 They said if prosecutors and police officers force open the gate of the church to arrest the owner, Yoo Byung-eun, and his eldest son, they would stage a “religious crusade.”

More than 100 adherents of the church, also called “the Salvation sect,” staged a sit-in protest yesterday inside the main gate of the church’s headquarters in a remote mountainous area in Anseong, Gyeonggi, to block prosecutors or police from gaining access.

The protesters insisted the church had nothing to do with the ferry disaster on April 16, in which 281 died and 23 are missing. They said they could not confirm whether any of the Yoo family members were in the complex, but claimed no one had seen any.

“It is totally nonsense to say there is a connection between the accident [the ferry’s sinking] and the Salvation sect,” Jo Gye-wung, an administrative official at the church, told reporters outside the church’s gate.