History of Seoul Zoo as assorted as its animals

History of Seoul Zoo as assorted as its animals 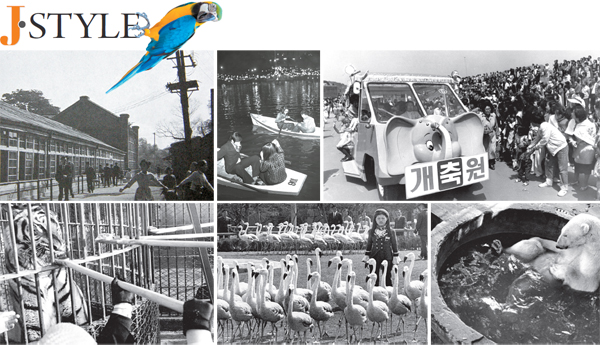 With plenty of other forms of entertainment available, a visit to the zoo is just another feel-good day out.

But there was a time when you could genuinely impress people if you returned from seeing the animals and could describe what the tigers looked like and how the flamingos danced in groups.

Most children clamored to visit central Seoul’s Changgyeongwon, or Changgyeong Park, the country’s first zoo, and even grown-ups looked forward to riding boats in its pond or playing guitar while sitting on the site’s lush green grass.

Changgyeong Park is the predecessor of Seoul Zoo at Seoul Grand Park in Gwacheon, Gyeonggi, Korea’s largest zoo. Its joint history in both locations spans more than 100 years.

In 1909, under the Eulsa Treaty (1905), Changgyeong Palace was converted into an entertainment area, including a zoo, by the Japanese protectorate, with the aim of demoting the palace’s status. Its name was changed to Changgyeong Park.

Koreans used it until the 1980s, even though Japan’s colonization of Korea ended in 1945. A restoration project was then initiated in May 1984, and the nation’s first zoo was relocated to Gwacheon with its new title. 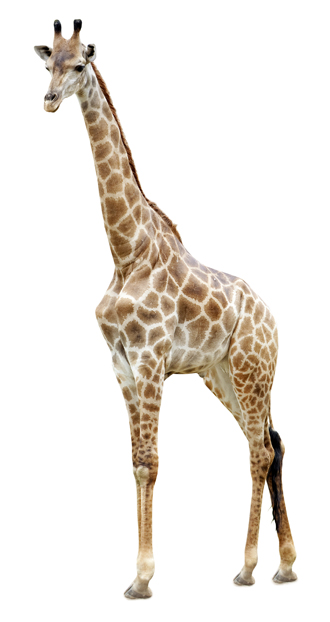 Although cherry blossom saplings were planted at Changgyeong Park by the Japanese government to bring down the spirit of the royal court, these trees delighted Koreans back in the days when people had fewer forms of entertainment.

When the sun went down, people flocked to the zoo and shared shots of liquor or turned on their portable turntables and danced to music. Some even played traditional instruments such as janggu, a double-headed drum, and kkwaenggwari, a small gong, which are banned from the zoo these days.

The park’s size also grew exponentially over the decades. It started with 361 animals of 72 species across a site measuring 46,280 square meters (11.4 acres). The number of animals at the zoo soared to 650, with 185 species, in the next 20 years because all of the wild animals captured across the country were sent to the facility.

Every tiny happening at the zoo, such as the birth of its crescent bears, made headlines.

“[Becoming a] zookeeper was a job that was least preferred,” said Jeon Don-su, 58, who has been working at the zoo since 1976.

Visitors also had little knowledge of zoo etiquette. People fed everything they had in their pockets to the animals. The Changgyeong Park zookeepers even used to joke that the park’s apes had tasted every kind of liquor available from Korea’s eight different provinces.

The most bizarre thing that ever happened at the park was the so-called Formosan deer accident, which took place in 1961.

A man suffering from a mental disorder broke into the cage of a Formosan deer and beheaded the animal. He ran to a nearby park and shouted that he would achieve the unification of North and South Korea after threatening to eat the deer’s antlers. He was later caught and arrested.

But the glory days of Changgyeong Park were cut short far before this incident.

The zoo was devastated by the Korean War (1950-53), which led to the death of all of its animals.

After the South and the North agreed upon a cease-fire, one of the first things the South Korean government did was re-establish the zoo.

A nationwide campaign for the restoration was then launched. The Bank of Korea donated a lion, while food manufacturer Cheil Jedang, now CJ Cheil Jedang, contributed an Asian elephant.

A year after the Korean War, in 1954, Changgyeong Park’s zoo reopened.

Oh recalled the day of the reopening in his book. “On April 20, the flowers were in full bloom and 200,000 people flocked to Changgyeong Park,” he wrote.

“Laughter was in the air and we could relieve our long-held, deep sorrow.”

The government, however, decided to convert Changgyeong Park back into a palace in 1982.

In 2000, Seoul Grand Park changed many of its facilities to benefit the animals. From left: The living quarters of the lions closely resemble the animals’ original habitat. The oldest creature at Seoul Zoo is a 107-year-old giant Galapagos tortoise. The smallest creature at the zoo is a naked mole rat that weighs 28 grams. A Chimpanzee mother and daughter. By Ahn Sung-sik

A restoration and a relocation

“Only after starving the beasts for three days could we lure them with food,” said Jeon, the zookeeper.

“We also chased the birds until they all became exhausted and then captured them. That’s how we relocated the vast number of animals from central Seoul to Gwacheon.”

Jeon still has vivid memories of the whole relocation process. According to him, the highlight of the procedure was a chartered plane from Dallas that transported 902 animals of 145 species to Korea. The airplane was dubbed a “Noah’s Ark flying in the sky.”

Thanks to the plane, Seoul Zoo, the new name of the center full of animals at Seoul Grand Park, could accommodate 3,909 animals of 374 species.

On the day of the opening, May 1, 1984, 750,000 people flocked to Seoul Grand Park. People queued from the entrance of the park to Namtaeryeong Station, which is about 4 kilometers (2.5 miles) away from the zoo.

On Children’s Day, four days after the opening, one million visitors packed themselves into Seoul Grand Park - nearly one eighth of the capital city’s population at the time.

Of the many animal performances on offer, the one that pleased crowds the most was the dolphin show. From then-President Chun Doo Hwan to high-ranking government officials and celebrities, people from all walks of life visited the zoo to watch the dolphin show.

Jeon, who belonged to the dolphin team in the 1980s, said, “I think I made appearances on TV shows more than 120 times per year.”

Although the popularity of the zoo makes it seem like an idyllic place, the early days of Seoul Grand Park were not animal-friendly. Many of the facilities were far too oriented towards humans. The creatures were kept caged and slept on concrete floors. They also continued to be harassed by visitors.

But Seoul Zoo began to seek changes in the early 2000s. A report called “Sad Zoo,” published by a civic group in 2002, played a crucial role in bringing in reform. The organization displayed images of caged animals harming themselves in downtown Seoul, and the photo exhibition stirred controversy.

Soil replaced concrete, and iron bars were pulled out. Many of the zoo’s facilities were newly designed to benefit the animals. For example, a two-story deck was built for giraffes so that they could eat naturally in an upright position without having to bend over.

Starting last year, Seoul Grand Park also scrapped animal shows. Instead of these performances, ecology presentations are given by the zookeepers.

During a recent visit to the zoo, Wu Gyeong-mi, 34, explained the traits of ring-tailed lemurs to 20 or so visitors.

“Mothers carry their babies on their back for four full months,” Wu explained to the visitors.

“I think these presentations change the way people see animals for the better,” she told the JoongAng Ilbo.

The country’s oldest and largest zoo has been evolving, but it hasn’t reached its grand goal yet: ensuring that the welfare of the animals is its most central purpose. The facility’s plan is to restore the number of endangered animals and maximize its research and preservation functions.

No Jeong-rae, the director of Seoul Grand Park, said, “We think the main purpose of the zoo is to help animals regain their wildness and return them to where they used to live.”

Seoul Zoo has been releasing animals back into their natural habitats for the past nine years.

Since 2005 it has released several animals, including a wild cat, a Pacific bottlenose dolphin and a fox.

*Seoul Grand Park is a complex that houses the Seoul Zoo, botanical gardens and an open-air campsite. Other attractions nearby include the Seoul Land theme park and the National Museum of Modern and Contemporary Art, Korea.

Marking the park’s 30th anniversary, a photo exhibition that looks back on its history is being held through July 25.

A photo contest is also ongoing in which you can submit photos that were taken at Seoul Zoo. You can send your images to anibusking@naver.com.

For those who want to find out more about the animals, the zoo’s 26 presentations are highly recommended. Detailed timetables for these lectures are available on guide maps written in several languages, including Korean and English, at the park’s entrance.

Because Seoul Zoo is so large, taking the free shuttle bus that stops at major sightseeing points is one way to conveniently enjoy the area.

In order to visit, go to Seoul Grand Park Station on line No. 4, and use exit 2.