Korea too out there for McCartney?

Korea too out there for McCartney? 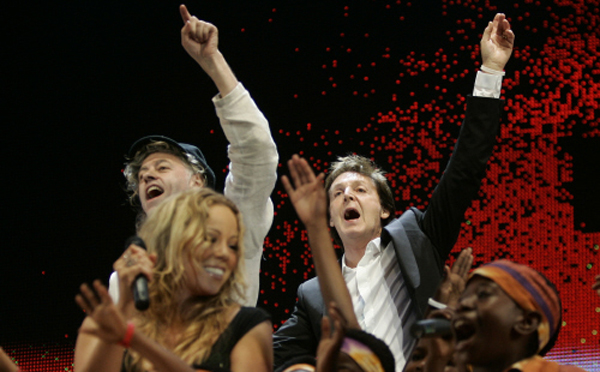 Paul McCartney is on his Out There! Tour, a series of worldwide concerts from May 2013 to August 2014. The singer and his team will “travel the world throughout the year, even visiting some places they’ve never been before.” Montevideo, Uruguay, Quito, Ecuador and Seoul are some of the cities that McCartney is performing in for the first time.

That means that Korea has not been included in The Beatles’ territory until now. Korea was the host of the 1988 Olympics and has been a member of the OECD since 1996. The 2002 World Cup and 2012 G-20 summit were held in Korea. As one of the top 10 economies in the world, Korea finished the 2012 London Olympic Games in fifth place, right in The Beatles’ homeland. However, Korea seems to be too “out there” for Paul McCartney.

It would lead to an obvious answer, but I wanted to ask McCartney why it took so long for him to perform in Korea when there are so many Beatles fans here. I asked some industry insiders why some superstars are reluctant to perform in Korea.

A promoter said, “At the moment, U2 is the hottest band in the world, but they haven’t performed in Korea. The Eagles came to Korea for the first time in 2011, when the members were over 60.” From a business perspective, musicians can’t expect much from visiting Korea. Paul McCartney released the “New” album last year. When he performs in Japan, his album sells well. Album sales are important. You cannot satisfy a musician’s pride by singing along to ‘Hey Jude.’ Fans should remember the past as well as the present of the musician. Korea’s record market is dead. Who pays for music these days?

A stage professional said, “There were talks that Paul would perform twice in Korea, in Seoul and Busan. So the Busan Yacht Club, where the Busan International Film Festival is held, was mentioned. It is a beautiful venue, but it seats 15,000 people. Are you kidding? Paul McCartney is a living legend who attracts 250,000 fans in three concerts alone.”

A former radio writer said, “If he is looking to make money, he won’t miss China. But McCartney has never performed in China. It suggests he is choosing cities carefully. He is an animal rights activist, and playing in Tiananmen Square is not permitted. He refused to perform in South Africa under apartheid. His first Israeli performance was 2008.”

There was no need to search for complicated reasons. In the singer’s first interview with Korean media, the main topic was, as expected, the Sewol ferry tragedy. It is our reality. The New York Times wrote that Korea is not immune to major maritime disasters that mostly occur in underdeveloped countries in Asia. “Out there” might not be some unknown land. It may be our uncivilized world.

*The author is a national news reporter of the JoongAng Ilbo