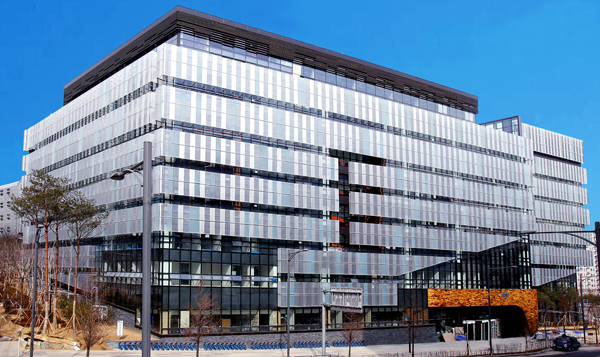 The CHA Bio Complex is scheduled to open on May 29 in Pangyo, Gyeonggi. Provided by the group

CHA Medical Group said yesterday that for the opening of its new research center in next week in Pangyo, Gyeonggi, it will hold a two-day international symposium and invite renowned academics in the sterility, stem cell and cancer fields.

The convention will start on May 29 after the opening of the CHA Bio Complex that morning.

“The upcoming symposium will be an opportunity to learn about the current trends in the studies of sterility and stem cells and the direction of academic development in the future,” said an official from CHA Medical Group. “We are receiving many inquiries already about the symposium from not only the domestic medical community and research centers, but also overseas research institutions.”

According to the group, which runs hospitals in Korea and overseas, the bio complex is 66,115 square meters and can accommodate 2,000 people.

The group has invited well-known biology R&D academics for the upcoming symposium, including officials from the American Society for Reproductive Medicine, a leading organization with expertise on infertility.

A group of researchers from the United States will also hold presentations on stem cell and regenerative medicine, anti-aging and regeneration.